June 13, 2012
I spoke about what I'm doing at my internship in general terms before, but I wanted to go into it with some specific examples.

Lately, I've been going through a lot of medical supplies.  Three or four donations were made that consisted entirely of equipment, medications, etc. and fortunately just about everything in them was numbered.  Unfortunately:

I documented my process with one of the more tightly packed boxes to give you an idea of what I'm dealing with. 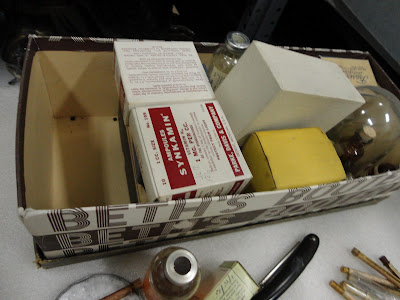 The box after I unpacked a small section of it. 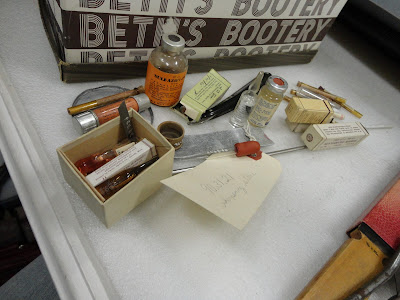 Everything that was in that section.  There's a lot! 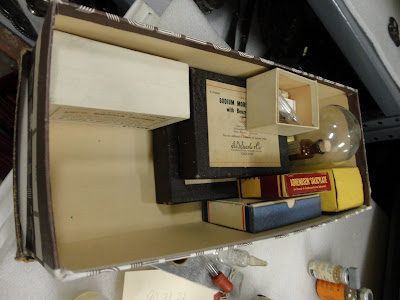 I took everything out and began cataloguing and putting the larger items in first - the boxes and that bottle of asafetida in a clear case.  The little box had assorted glass ampules*, but the others contained what was written on the label. 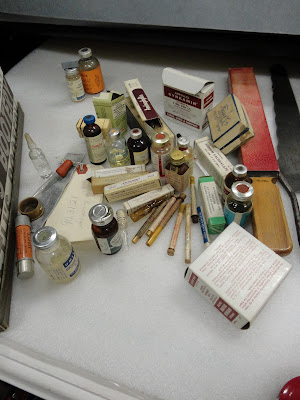 All of the loose bottles, some boxes, and some narrow pill tubes. 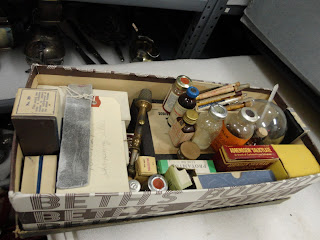 And here it is, all packed up!  My goal isn't exactly to make it look neater, but to try to get everything into such a position that the objects (especially the small glass ones) won't shift and possibly be crushed.  When you have little 1cc ampules and heavy brass trephines right next to each other, that's an important consideration.

* Ampules (or ampuls, or ampoules) are sealed containers, in this case, of medication.  Medicine ampules tend to be single dosages in glass capsules; most of these came in boxes with little files, so that the narrow neck could be safely broken and the medicine syringed up. 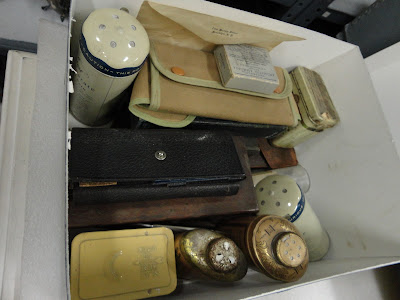 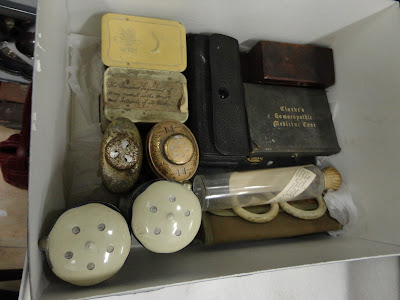 There's a thin space on the left that could be filled in with a bit of archival paper, but because the boxes and tins fit together well there really isn't that much movement.