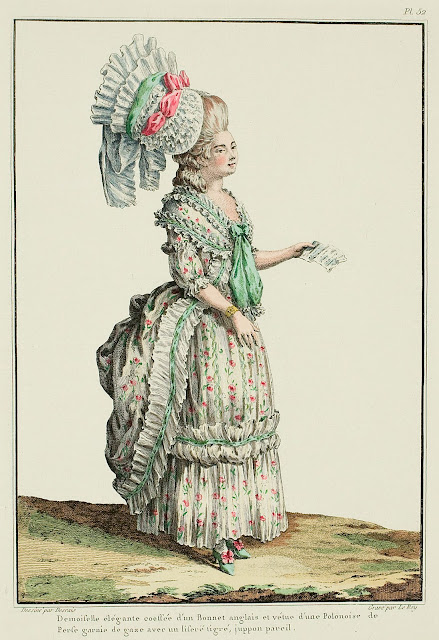 Elegant young lady coiffed in an English Cap and dressed in a pouf Polonaise trimmed with gauze with a streaked ribbon; matching petticoat. (1778)

Negligée polonaise: these gowns fasten simply over the chest like the current polonaises,* not extended to the waist, having long wings and a very short tail. 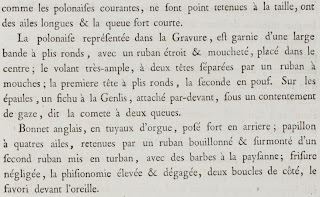 The polonaise shown in the Print is trimmed with a large band in box pleats, with a narrow, spotted ribbon placed in the center; the first head in box pleats, the second in poufs.  On the shoulders, a kerchief à la Genlis, knotted in front, under a gauze contentement, called the "comet with two tails".

English cap, in organ pleats, positioned mostly in the back; papillon with four wings, held in by a bouillonné ribbon below a second wrapped ribbon; peasant-style lappets.  Negligée hairstyle, the phisionomie raised and separate, two curls on the side, the favori in front of the ear. 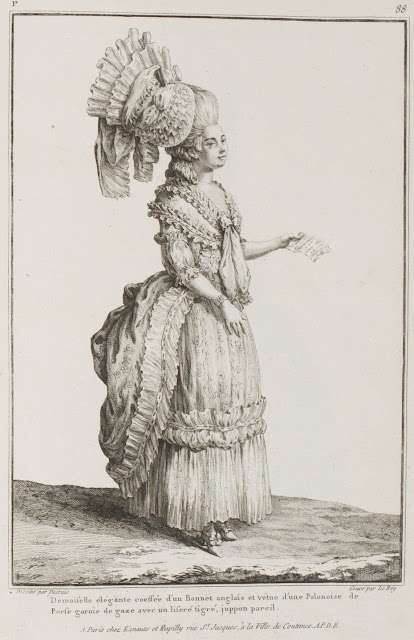