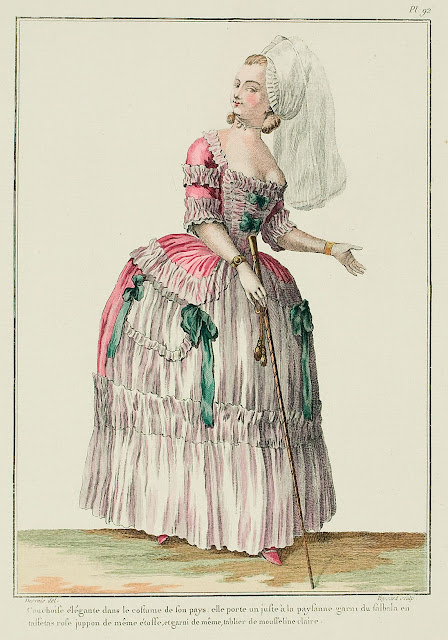 Elegant Cauchoise in the costume of her country; she wears a peasant juste trimmed with a flounce, in pink taffeta; petticoat of the same material, apron of clear muslin. (1779) 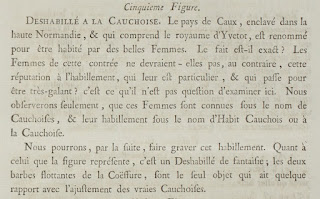 DESHABILLÉ A LA CAUCHOISE.  The Pays de Caux, in Haute-Normandy, which contains the kingdom of Yvetot, is renowned for being inhabited by beautiful Women.  The fact, is it true?  The Women of this country, should they not have this reputation for dress, which is particular to them, and which passes to be very-galant?  That is not the question examined here.  We observe only that these Women are known as Cauchoises, and their dress as Cauchois or Cauchoise Dress.

We could, later, engrave this dress.  About that which the figure represents, it is a fantasy Deshabillé; the two hanging lappets of the Coiffure are the only object which has some rapport with the dress of the real Cauchoises. 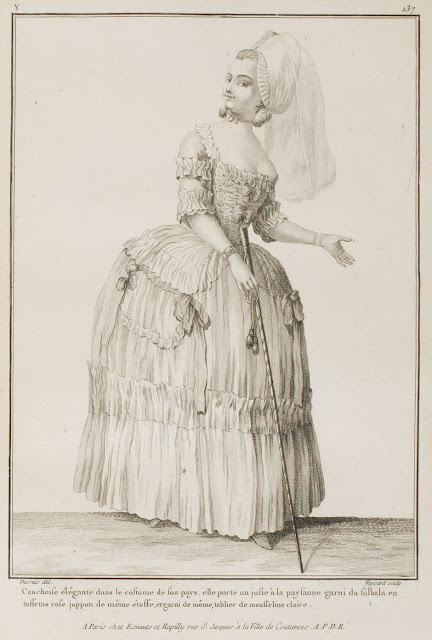