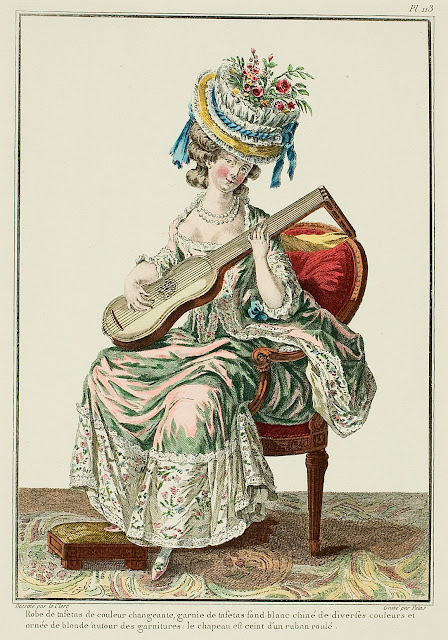 Changeable taffeta gown, trimmed with white taffeta with a chiné print in diverse colors, and decorated with blonde lace on the edges of the trimming; the hat is belted with a roulé ribbon. (1779)

Robe with chiné trimming.  This Gown in a Polonaise, leaving the throat uncovered.  It fastens in front, over a compere forming the stomacher.  The trimming is bordered with a band of scalloped gauze.

The Musician represented in the Print is sitting on an armchair in the new fashion, that is to say, which has molding made of cardboard.  These armchairs, as solid as those of wood, have as much éclat and more lightness.  But it is to presume that, despite this circumstance, one will go back to the former armchairs again, those of cardboard only remaining for ornament and decoration. 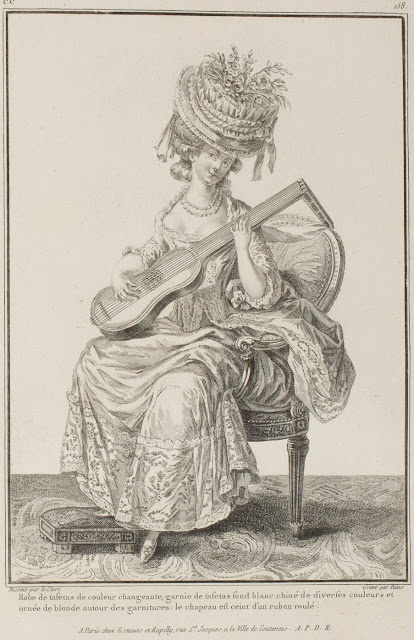