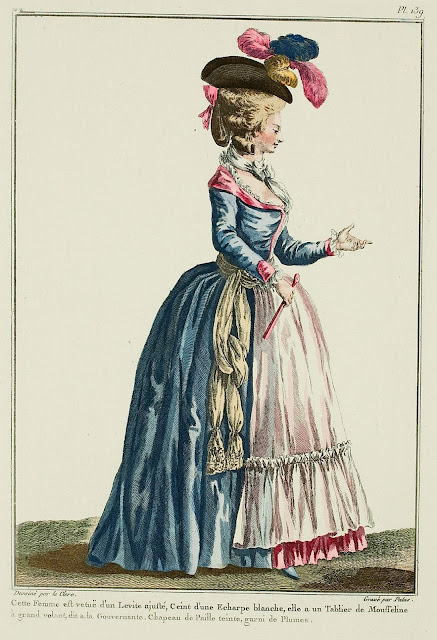 This Woman is dressed in a fitted Levite, Belted with a white Scarf, she has a Muslin Apron with a large volant, called à la Gouvernante.  Hat of tinted straw, trimmed with Plumes. (1780)

Hairstyle à la réforme, that is to say, very low in the front.  This fashion was pushed, all of a sudden, to excess; Women seemed to have passed the word to abdicate the grand Coiffures; but this revolution was too extreme to hope for a long reign: scarcely three months are passed since its first appearance, then it was dismissed. 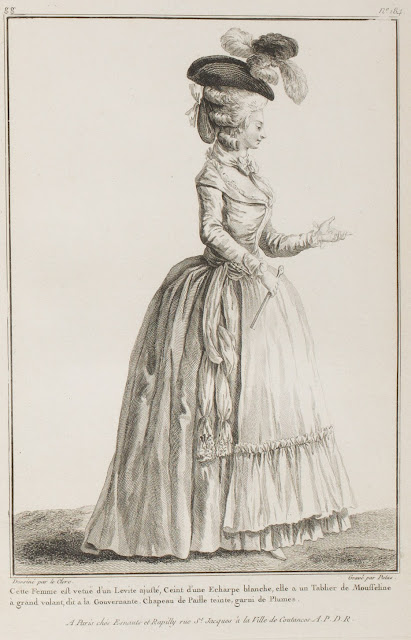