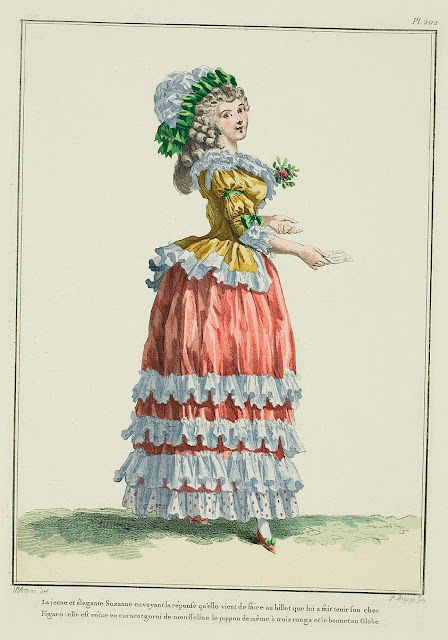 The young and elegant Suzanne sending the response which she just made in a letter to keep her dear Figaro:* she is dressed in a caraco trimmed with muslin, the petticoat of the same with three rows of ruffles, and a Globe cap. (1785) 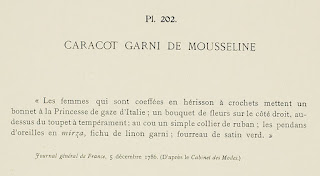 "The women who are coiffed en hérisson with little curls wear a cap à la Princesse of Italian gauze; a bouquet of flowers on the right side, over a tuft of hair; on the neck a simple ribbon necklace; the earrings en mirza,** trimmed linen kerchief; green satin fourreau."

* Suzanne and Figaro are the characters involved in the titular act of The Marriage of Figaro.  Suzanne is the Countess's maid.
** "Mirza" is a title, indicating descent in the male line from the Persian Imperial Families.
1780s 18th century caraco Galerie des Modes