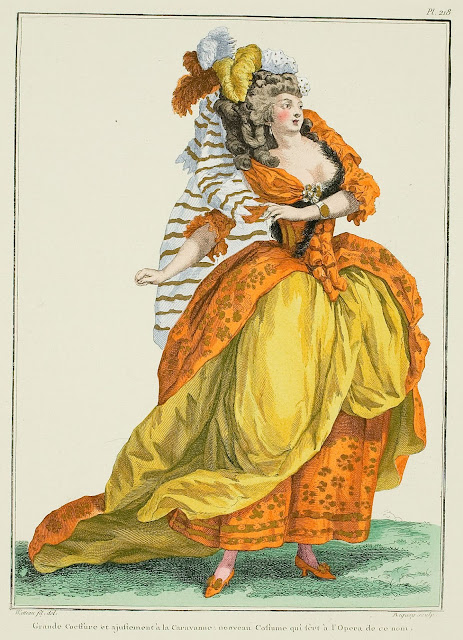 Grand coiffure and outfit à la Caravanne: new Costume which was shown in the Opera of the same name. (1785)

"The Caravan of Cairo, an opera in three acts, shown for the first time at the theater of the Court on October 30, is the second work after Didon which had been a decided success.  The words are by M. Morel and the music by our charming Grêtry ... One has criticized the plan of the poem: one has reproached him that the interest of the action was too much suspended, nearly nothing in the second act; the style seems in general more négligé, sometimes even in a bad tone: but all the enthusiasm which inspired the opera of Didon has not prevented us from finding in the music of this one much freshness, grace, and sensibility."