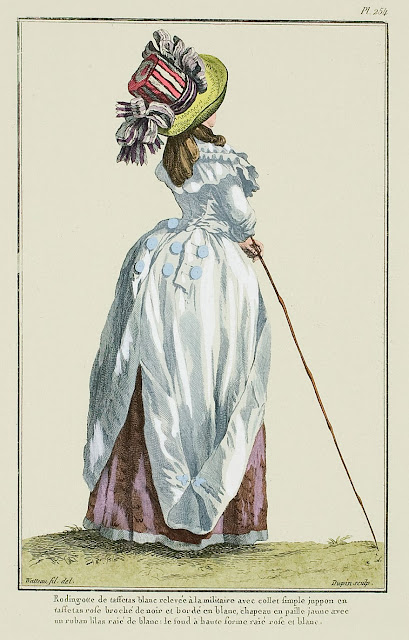 Redingote of white taffeta relieved à la militaire with a simple collar, petticoat in pink taffeta brocaded with black and edged with white, yellow straw hat with a lilac ribbon striped with white: the ground of the top of the crown striped pink and white. (1787) 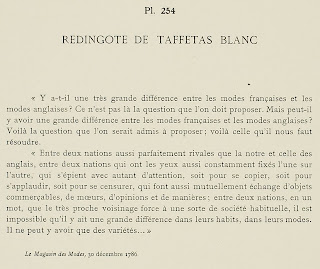 "Between two nations as perfectly rivaled as ours and that of the English, between two nations which have their eyes constantly fixed on each other, which spy on each other with much attention, whether for imitation or applause or censure, which also makes a mutual exchange of commercial objects, morals, opinion, and manners; between two nations, in a word, whose nearest vicinity forces them to a sort of habitual society, it is impossible that there would be a great difference in their dress, in their fashions.  There can only be variations ..."