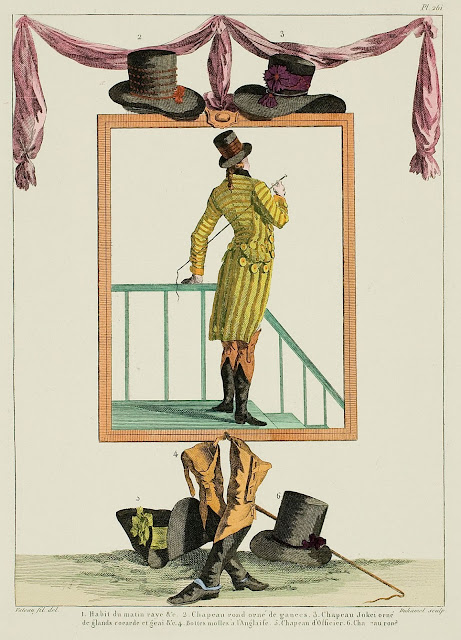 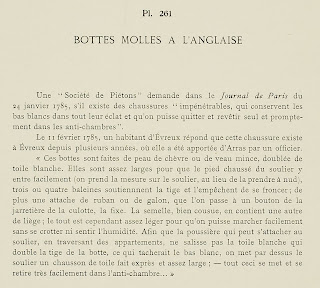 A "Society of Pedestrians" asks in the Journal de Paris of January 24, 1785, if shoes exist that are "impenetrable, which protect white stockings in all their brilliance and which one can take off and put on alone and promptly in an antechamber".

On February 11, 1785, an inhabitant of Evreux responds that this shoe has existed in Evreux for several years, where it was brought from Arras by an officer.

"These boots are made of goat leather or thin calf, lined with white linen.  They are rather wide so that the shod foot can be put in easily (one takes the measure over the shoe, rather than without it), three or four whalebones support the shaft and prevent it from wrinkling; further, one attaches a ribbon or braid which is passed from a button to the garter of the breeches and fixes it.  The sole, well-sewn, contains another of cork; the whole is however rather light so that one can walk easily without muddying oneself or feeling the humidity.  So that the dust which can cling to the shoe, in crossing apartments, does not dirty the white linen which lines the shaft of the boot, which stained white stockings, one puts on over the shoe a linen slipper made expressly and rather large; - all this is worn and is taken off easily in the antechamber ..."