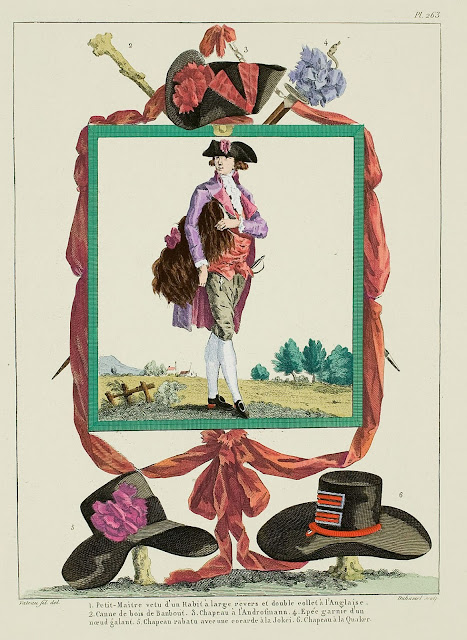 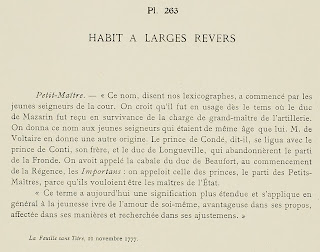 Petit-Maître. - "This name, say our lexicographers, was begun by the young lords of the court.  It is believed that it was in use at the time when the Duke de Mazarin* was received for surviving the title of the grand-master of artillery.  This name was given to the young lords who were of the same age as him.  M. de Voltaire gives it another origin.  The Prince de Condé, he said, went in league with the Prince de Conti, his brother, and the Duke de Longueville, who abandoned the Fronde party.**  The cabal of the Duke de Beaufort, at the beginning of the Regency, was called the Important Ones: that of the princes was called the party of the Petit-Maîtres, because they wanted to be the masters of the State.

"This term has today a more extensive meaning and is applied in general to the youth who are drunk on self-love, advantageous in their speech, affected in their manners, and recherchée in their dress."