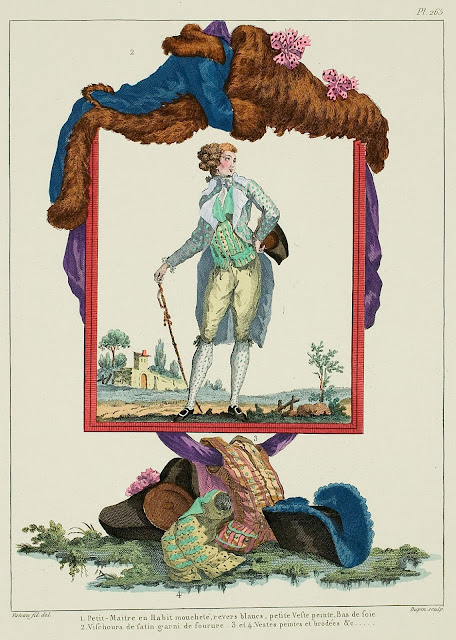 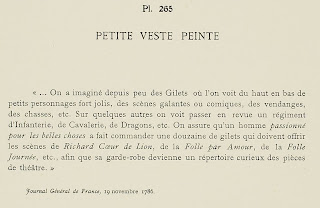 " ...A few Gilets have recently been invented where one sees from the top to the bottom very pretty little people, galant or comic scenes, grape harvests, hunts, etc.  On some others one sees pass in review a regiment of Infantry, Cavalry, Dragoons, etc.  One is assured that a man who is passionate for beautiful things has ordered a dozen gilets that offer scenes from Richard Coeur-de-Lion, la Folle par Amour, la Folle Journée, etc.** so that his wardrobe becomes a curious repertoire of theatrical plays."

* The Visherka River (francized to Vischoura) is in western Russia; this is probably another unfitted eastern-inspired garment like the polonaise.