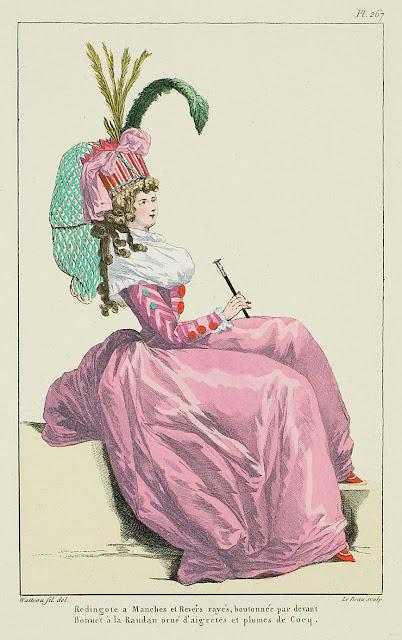 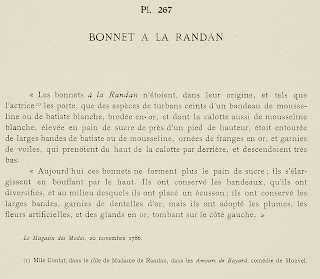 "The caps à la Randan were, in their origin, and as the actress(1) wore them, only types of turbans belted with a bandeau of muslin or white batiste, embroidered in gold, with calottes also of white muslin, raised like a sugarloaf to almost a foot in height, surrounded with wide bands of batiste or muslin, decorated with gold fringe, and trimmed with veils, which went from the top of the calotte in the back, and descended very low.

"Today these caps no longer take the form of a sugarloaf; they are enlarged in puffs at the top.  They have retained the bandeaux, which are diversified, and in the middle of which a shield has been placed; they have retained the large bands, trimmed with gold lace, but they have adopted plumes, artificial flowers, and gold tassels, falling on the left side."

(1) Mlle Contat, in the role of Mme de Randan, in Les Amours de Bayard, a comedy by Monvel.