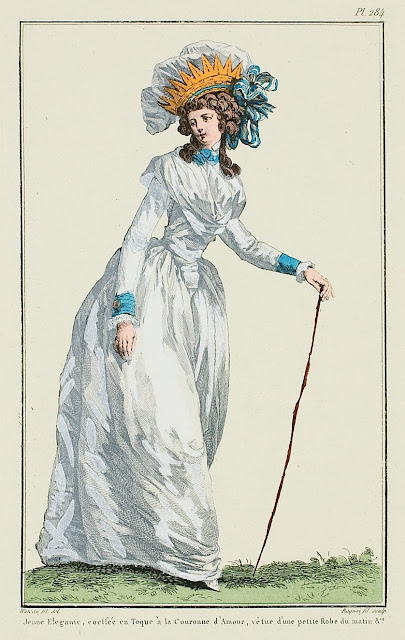 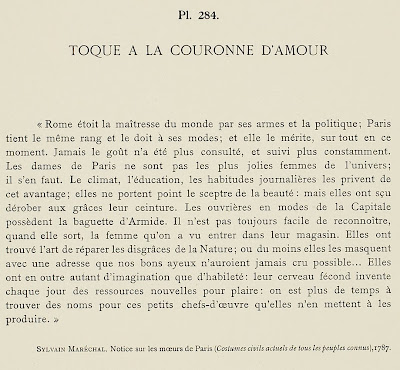 "Rome was the mistress of the world through its arms and politics; Paris holds the same rank and it is owed to its fashion; and it merits this, over all at this moment.  Taste has never been more consulted, and followed more constantly. The ladies of Paris are not the prettiest women in the universe; far from it. Climate, education, daily habits deprive them of this advantage; they do not carry the scepter of beauty: but they have known how to steal from the graces their belt. The fashion workers of the Capital possess the wand of Armide.** It is not always easy to recognize, when she goes out, the woman who comes into their shop. They have found the art of repairing the disgraces of Nature; or at least they mask them with a skill that our good forefathers never believed possible ... They have furthermore as much imagination as ability: their fertile brains invents each day new resources to please: it takes more time to find the names for these little masterpieces that they produce."

SYLVAIN MARECHAL, Notice on the mores of Paris (Actual civilian dress of all known peoples), 1787

* Crown of Love
** A sorceress, the main character of the opera of the same name