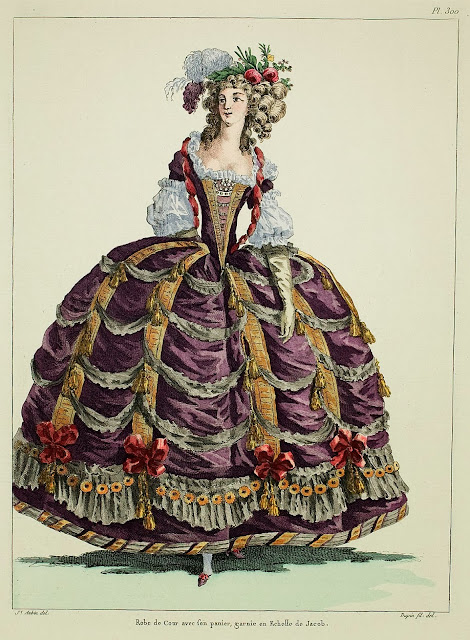 Robe de Cour with its hoop, trimmed as Jacob's Ladder. 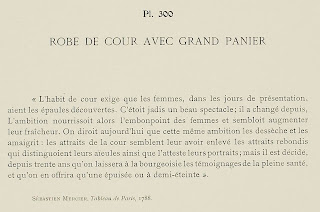 "Court dress requires that women, on the presentation days, have uncovered shoulders. This was formerly a handsome spectacle; it has since changed. Ambition nourished women's embonpoint and seemed to augment their youthfulness. Today one would say that this same ambition desiccates them and makes them thinner: the attractions of the court seem to have removed from them the rounded attractions which distinguished their predecessors as is attested in their portraits; but it has been decided, for the last thirty years, that the evidence of full health will be left to the bourgeoise, and that an exhausted or half-dead woman will be offered instead."