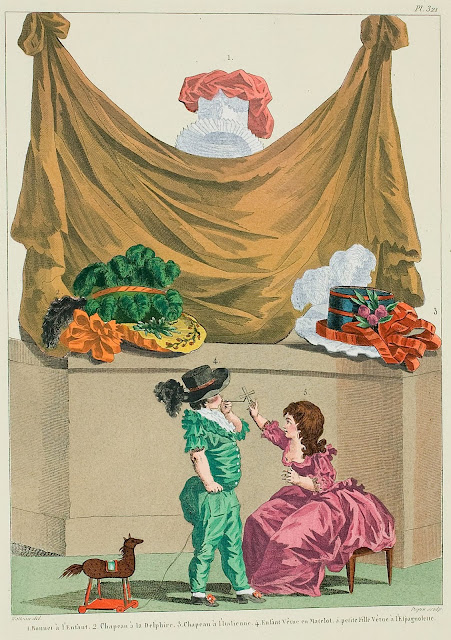 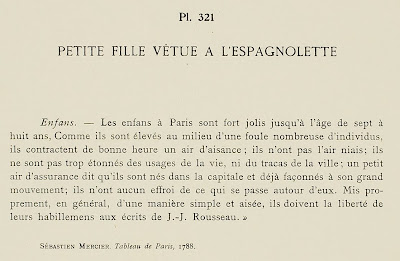 Children. - "Children in Paris are very pretty until the age of seven to eight years. As they are elevated to the place of a numerous crowd of individuals, they contract early an air of ease; they do not have a vacant air; they are not too astonished at the habits of life, nor the worries of the city; a little air of assurance says that they were born in the capital and already molded in its great movement; they have no dread of what happens around them. Put properly, in general, in a simple and easy manner, they owe the liberty of their dress to the writings of J.-J. Rousseau."