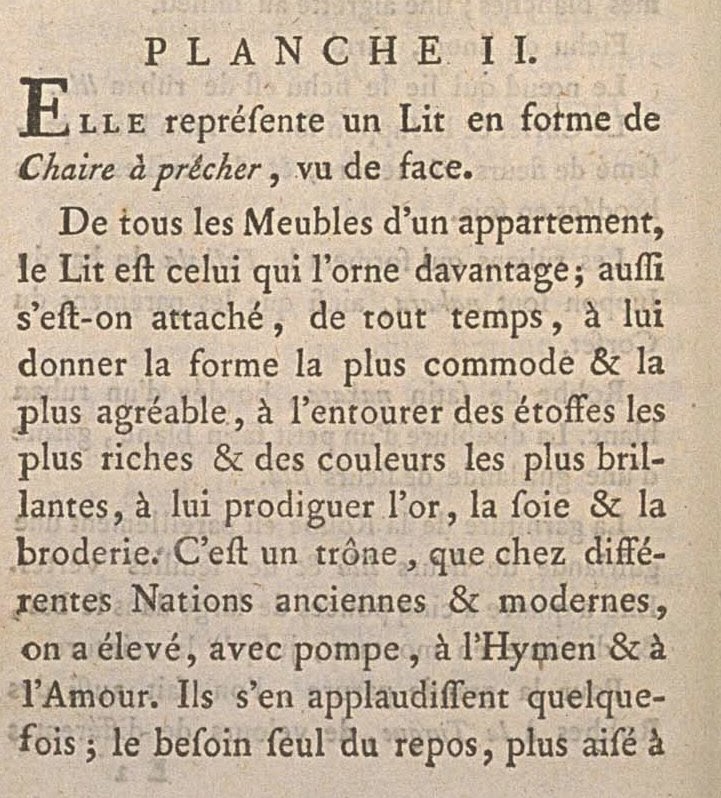 It represents a Bed in Preacher's Pulpit shape, seen from the front.

Of all the Furnishings of a chamber, the Bed is the one which decorates it further; also one must, at all times, to give it the most comfortable and agreeable form, to surround it with the richest and most brilliantly-colored stuff, to lavish it with gold, silk, and embroidery. It is a throne, that in the homes of different ancient and modern Nations, has been raised, with pomp, to Hymen and Love. They are applauded sometimes; the only need of rest, more easy to satisfy, had not been found. 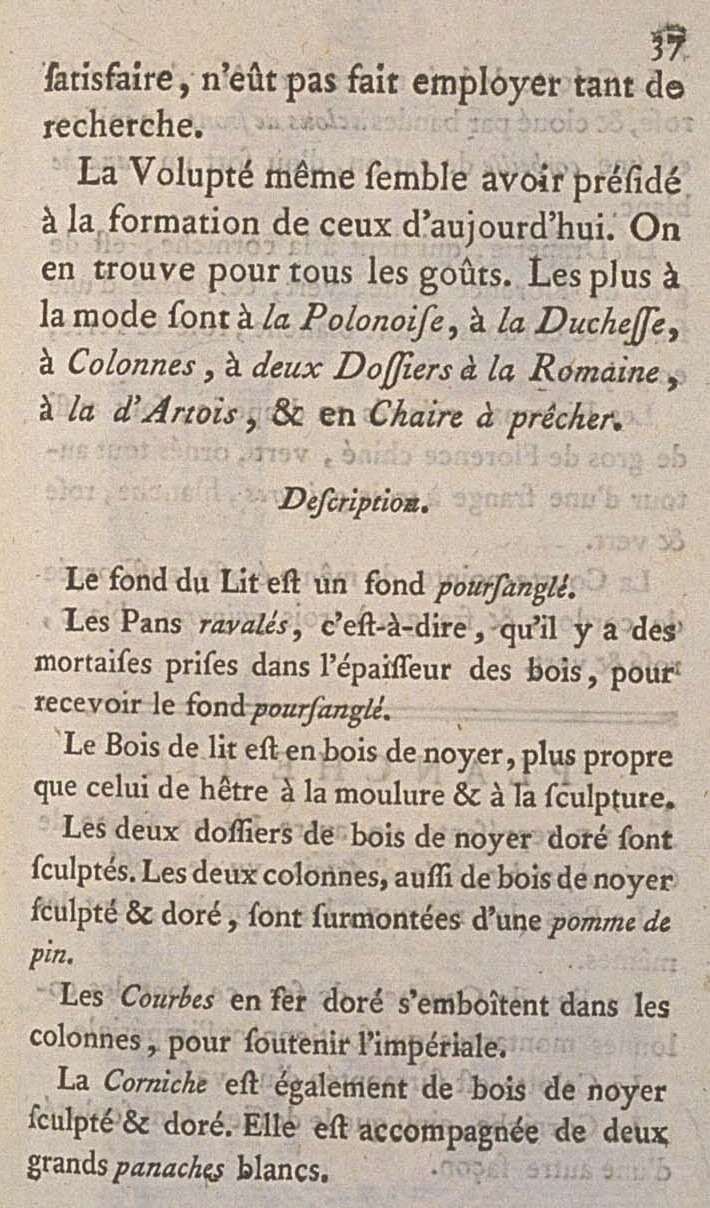 The Voluptué seems to have presided at the forming of those of today. They are found for all tastes. The most fashionable are à la Polonaise, à la Duchesse, with Columns, with two Headboards à la Romaine, à la d'Artois, and Preacher's Pulpit.

The base of the Bed is a fixable base.

The plastered Sections, that is to say, that there are mortises taken in the thickness of the wood, to receive the fixable base.

The Wood of the bed is in walnut wood, better than beech for molding and sculpture. 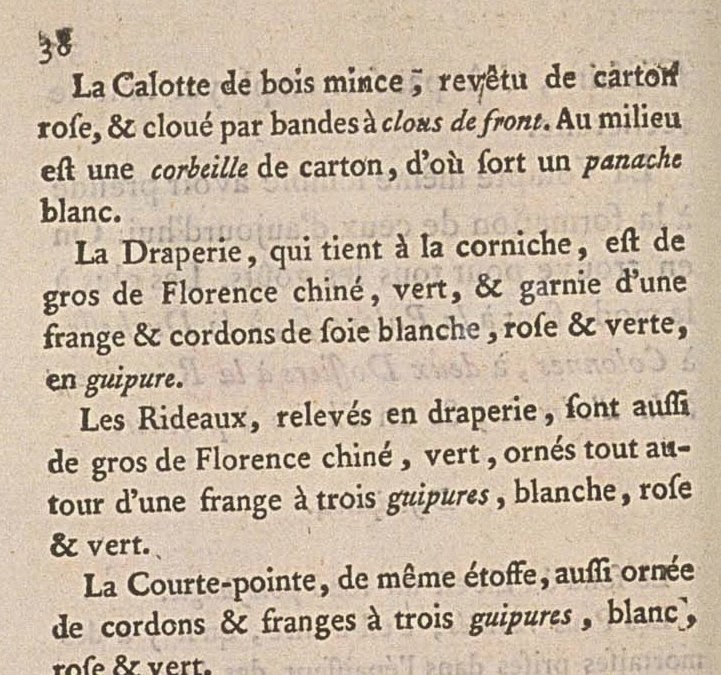 The Curves in gilded iron cover the columns, to support the dome.

The Cornice is also of sculpted and gilded walnut wood. It is accompanied by two large white panaches.

The Cap of thin wood; recovered with pink cardboard, and tacked down in bands with front nails. In the middle is a basket of cardboard, from which leaves a white panache.

The Drapery, which is held to the cornice, is of chiné gros de Florance, green, decorated with fringe and cords of white, pink, and green silk, in guipure.

The Curtains, pulled up in drapery, are also of chiné gros de Florance, green, decorated around with fringe in three guipures, white, pink, and green.

The Short-edge, of the same stuff, also decorated with cords and fringe in three guipures, white, pink, and green.