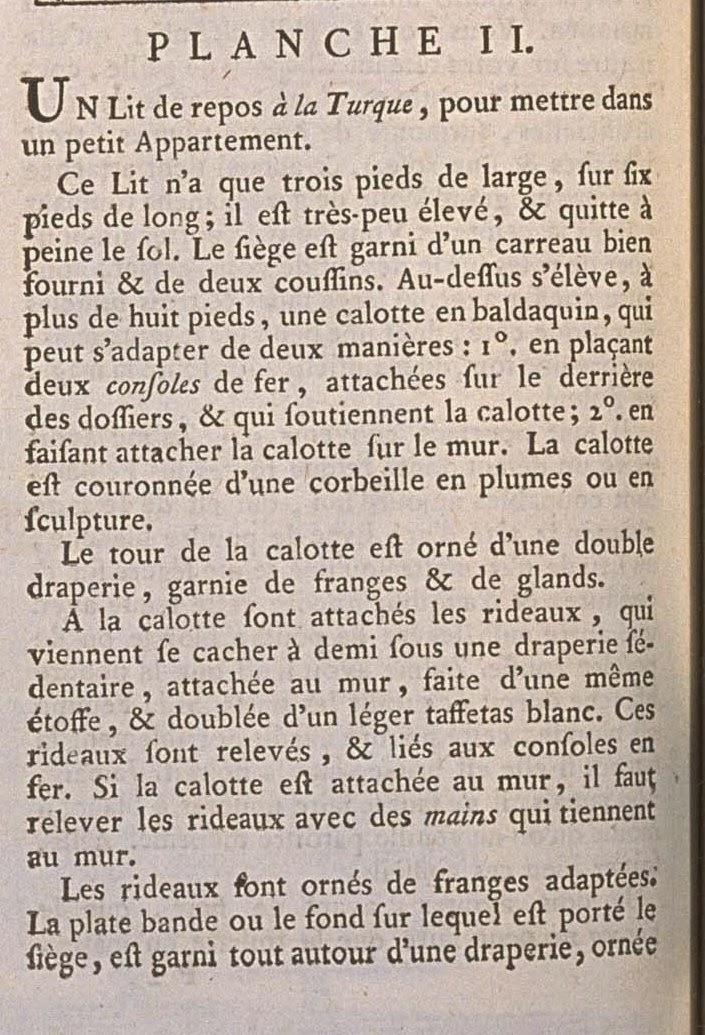 A Daybed à la Turque, to put in a little Apartment.

This Bed is only three feet wide, and six feet long; it is very-slightly elevated, and it is scarcely above the ground. The seat is trimmed with a well furnished mattress and two cushions. Above is raised, more than eight feet high, a canopy cap, which can be adapted in two manners: 1st, in placing two iron beams, attached to the back of the backrest, and which holds the cap; 2nd, in attaching the cap to the wall. The cap is crowned with a basket of plumes or sculpture.

The edge of the cap is decorated with a double drapery, trimmed with fringe and tassels.

The curtains are decorated with adapted fringe. The flat band or the base on which the seat is held, is trimmed all around with a drapery, decorated with fringe, which nearly touches the ground.

The fabric of which the curtains and draperies are made is a Sky blue Pekin.

The wood of the Bed and the cap is decorated with a light carving.

These Beds are also made in Indienne, in Perse, or in any other fabric; they are made or decorated with fringe and tassels, or more simply, without tassels or fringe.