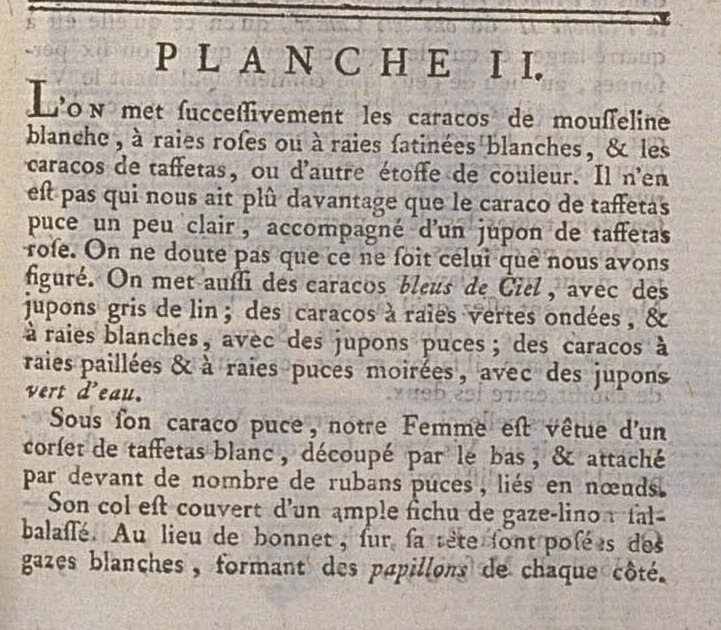 One wears successively caracos of white muslin, with pink stripes or white satin stripes, and caracos of taffeta, or of another colored stuff. None has pleased us more than the slightly light puce caraco, accompanied by a pink taffeta petticoat. There is no doubt that this is only what we have drawn. Sky blue caracos are also worn, with gris-de-lin linen petticoats; caracos with waving green stripes, and with white stripes, with puce petticoats; caracos with sequined stripes and with moiré puce stripes, with water green petticoats.

Under her puce caraco, our Woman is dressed in a corset of white taffeta, tabbed on the bottom, and fastened in front with a number of puce ribbons, tied in bows.

Her neck is covered with a full kerchief of linen-gauze, flounced. Instead of a cap, on her head is positioned white gauze, forming ruffles on each side. Four plumes, one pink, one white, and two black, and an aigrette of greenery, rise and fall back, in leaning, on the right side. Her hair is in large curls, of which three fall, hanging on each side, on her chest. On her hands she has lemon colored gloves, and on her feet are shoes of the color of the caraco.