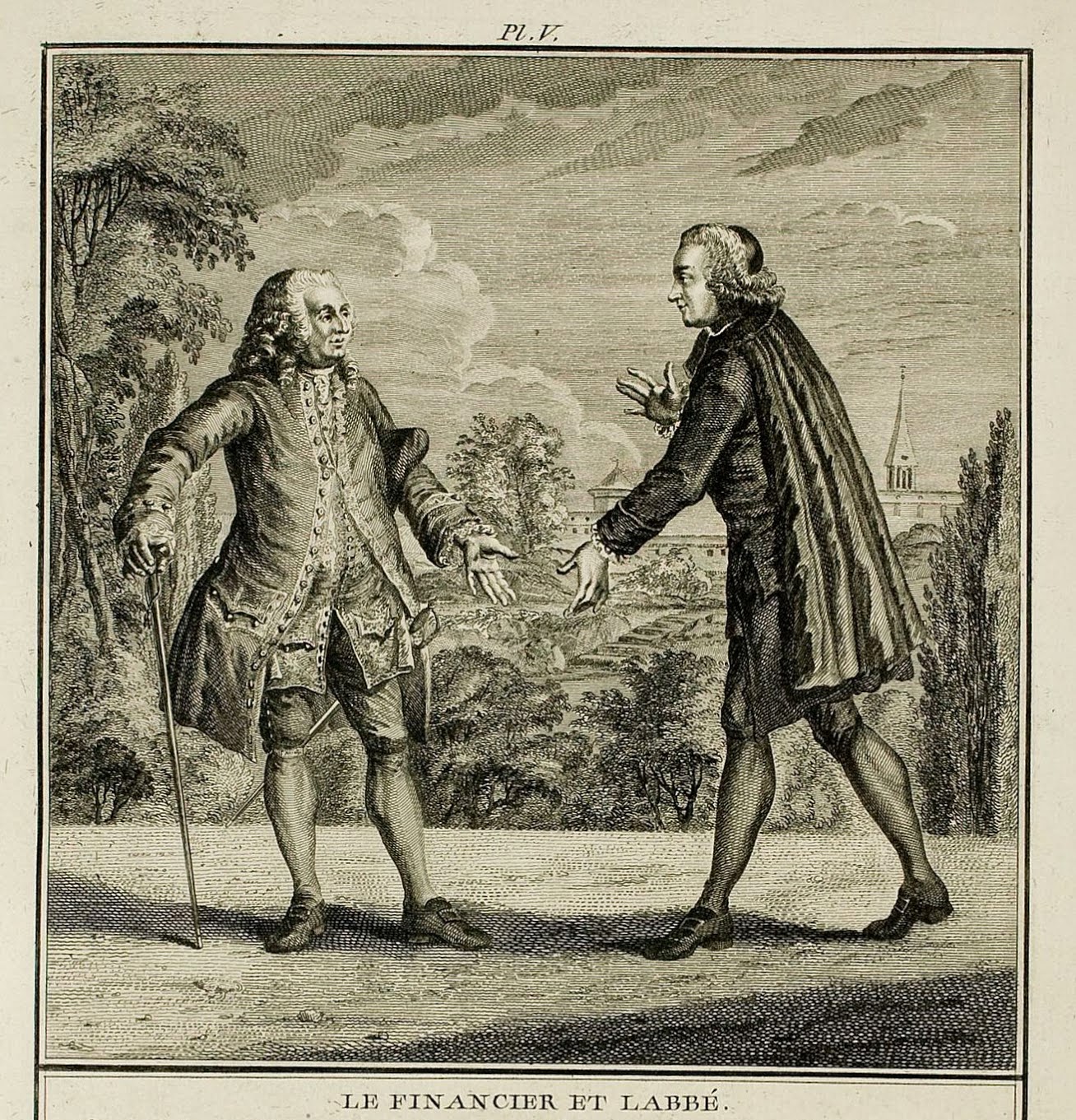 THE FINANCIER AND THE ABBE.

The name of Financier is given to a citizen charged with the collection of State revenues. A man of this type will be, without contradiction, very estimable, if he proportions the gains he makes to his place with his labors, but as he is persuaded that his administration is a beautiful machine, he believes himself the most important man and with the safety of a thousand efforts that he enjoys and which are unknown to the public, he often abuses his job. However, several Financiers are found in the Kingdom who distinguish themselves by their probity and their facetious manners. The Financier's clothes are rich; his magnificent apartments and the plumpness with which he is shown here announce his opulence. His luxury often effaces other people's, who by state are obliged to distinguish themselves from common men. Formerly protegés of people of rank, financiers want to become their rivals, and most often proud of their richness, some take a tone of haughtiness and sternness which is revolting. As La Bruyere, in reflecting on richness, cannot prevent himself from saying that nothing slightly proves a thing given by God to men, in according it to them, more than the dispensation that he makes to the people who merit it the least. The 2nd figure represented in this plate is that of an Ecclesiastic in a short coat and a little cloak, such as he wears at court. Among Ecclesiastics, there are found in the smallest number some with a petit maître's tone, with playful manners and silk clothes: while in suit, in gait, in composure, and in the discourse of a true Ecclesiastic he must announce his character; modesty, humility, and Evangelical simplicity must be his appurtenances. The greatest number still preserves the spirit of this state and lives with all possible decency. The one represented in this plate has a rather honest composure and tone, and if by chance some are found who do not have these qualities of which we have spoken, it is on them that the reproach must fall and not on the religion, which is always wholesome and intact, despite the abuses some of its members make.
1770s 18th century Costumes Francois gentlemen