11. Which period drama which you haven't seen yet do you most want to watch?

Our Mutual Friend.  A friend in my classes who was a kindred spirit into period movies always wanted to show it to me, and we never got around to watching it. :(

12. Which period drama has the prettiest soundtrack or background music? 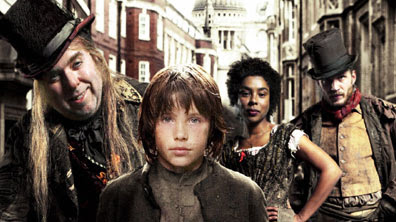 Hmm.  That's not really something I tend to notice, but I do like the music from Oliver Twist (2007) and the Vanity Fair miniseries.

13. Which period drama has your favourite screenplay/script? Why? 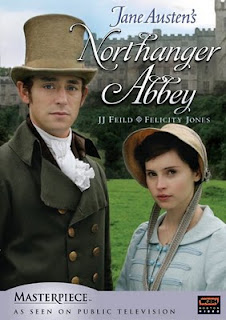 Hmmmmmmm.  I liked what Andrew Davies did in Northanger Abbey - he picked the right bits to include, I think, although the actors' charisma was also a big part of what made that one work.

I love having multiple adaptations!  If one's not great, it means you don't have to be annoyed because there already was or will be a better version.  They can show different aspects of characters and react to earlier versions by being more fairy-tale or more gritty.  I'd like to see a new adaptation of A Little Princess, personally, because the Cuaron version is lovely but more a remake of the Shirley Temple version than anything else, and the 1986 version looks dreadful but is more faithful (which makes the story 100x better).

15. What is the longest period drama you've seen?

Little Dorrit, maybe?  It's 14 parts (though most are half-hour episodes).

17. Do you prefer watching a regular-length movie or a more in-depth mini-series? Why?
Something in between - I like a short miniseries, two to four episodes.  Movies usually take out too many characters, often minor ones that I like, but long miniseries don't take out enough.  Part of the point of turning a book into a film version, in my opinion, is changing some aspects, not putting every single canon line of dialogue on screen.

18. What period drama has one of your favorite actors/actresses in it?

I've rarely come across anything that didn't have at least one of my favorites in it.  You saw my list!  And I have lots more.  Ashes to Ashes is kind of multi-genre, but it is set in the past, and it has Keeley Hawes and Phillip Glenister, with Stephen Campbell Moore in a recurring role for the first series and Matthew Macfadyen and Russell Tovey in one-off parts.

19. Which heroine from which movie was your least favorite? Why?

20. Which three period dramas are your least favorite?

Chéri - I just couldn't care about anything that happened in it, plus what I said above; the fact that it dragged magnified every flaw.

Lark Rise to Candleford - At first I loved it, but the last couple of seasons felt like they were just making it because it was successful and they didn't want to just cancel it.  But the characters became flat, the narrative lost sympathy for characters it was previously kind about, and Laura's story just ... stopped.

Bonus: There is a hilariously cheesy movie out there called The Lady and the Highwayman.  It's based on a Barbara Cartland novel and has a very young Hugh Grant as the highwayman. You must see it, it's so ridiculous and is sure to cheer you up whenever you're down!