September 07, 2011
This time, posted during the right week.  *thumbs up*  The first half of Elegance of Fashion's Period Drama Week questions.  (Updated with pictures!)


1. How did you get into period dramas?
I don't even know. I think I liked movies with dresses in them since I was little.  I think the P&P95 box set may have been the first period movie I can remember buying, when I was 16.

2. What is it that you like about period dramas?
Oh, so very many things!  Visually, I like the costuming, the interiors/sets, the landscapes, the hairstyles.  I like a lot of the aspects of the stories as well: lovers being separated by class, people being constrained by their class or circumstances, the enforced distance between men and women.  All of it comes together to present a picture of what life might have been like, looked like, sounded like - sure, there are always inaccuracies that creep in, from the ideals of attractiveness to levels of cleanliness, but apart from deeply immersive re-enactments with extremely strict accuracy police, it's the closest most of us can come to getting a good idea of what it was like to live in that period.

4. What are your top three period dramas and why? 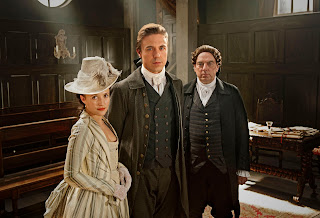 Garrow's Law - it combines my love of legal procedurals with my love of period films, plus it's serialized so it lasts longer! 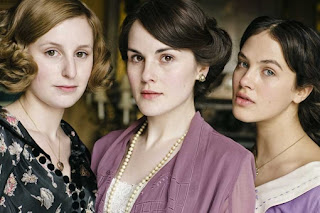 Downton Abbey - it's one of my favorite periods of costume history, and the social history of the era is great, too, and the writing is completely amazing. 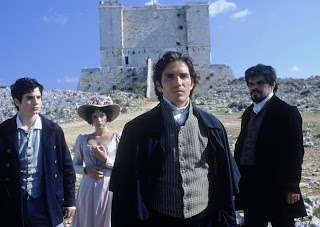 Count of Monte Cristo - the ending is so different from the book, but you know what?  I love the movie's ending more.  The leads are so attractive and the costumes are so beautiful and they end happily.  ♥
(Runner-up: Casualty 1906-09.  Again, combining hospital procedural with historical drama and soap opera.)

5. From those three period dramas that you picked, who are your favorite characters in each one? 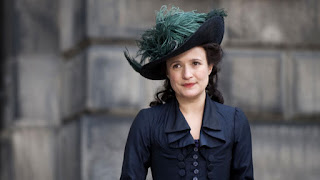 Garrow's Law - Lady Sarah.  I wanted to smack Garrow for her when he acted like her feeling of duty toward her husband was meaningless.  IT WAS BEAUTIFUL ANGST YOU ASS. 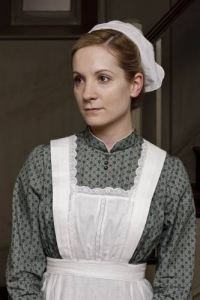 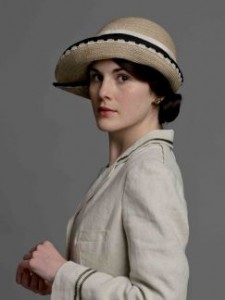 Downton Abbey - Anna or Mary, can't choose.  It's funny that I like Anna so much, as Joanne Froggatt played a character I absolutely hated on Robin Hood - a "feisty" peasant lass who was meant to be a replacement for Marian. 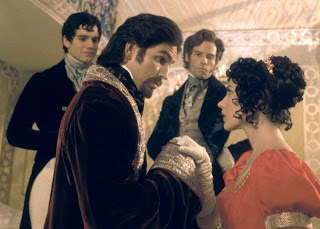 Count of Monte Cristo - no favorite, I love both Edmond and Mercedes.

6. Which author do you like the adaptations of their works best?
I like how Dickens's are adapted best, I think, because people generally fix the utter blandness of his heroines and tighten up his plotting (except Little Dorrit, that could have been slimmed down by a couple of episodes).  Gaskell's adaptations I think I like best as movies.

7. Which period drama characters are the funniest to you (Keep it under three)? 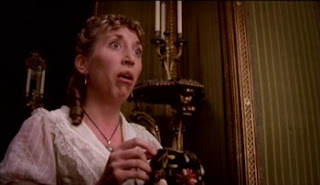 Anne Steele in the most recent adaptation of Sense & Sensibility;

Strang in The Abduction Club (which is another favorite movie); 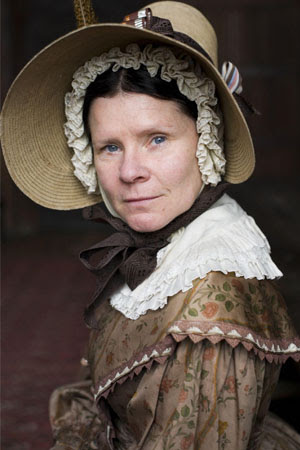 Mrs. Pole in Cranford (mainly because Imelda Staunton is the funniest ever).

8. Which period drama characters are the most annoying (Keep it under three)?

Mrs. Bennet from P&P95; Mrs. Norris from any version of Mansfield Park; O'Brien from  Downton Abbey.

9. Which period drama characters are in your top three?
I can't tell you my top three, but three characters in my top hundred or so are: 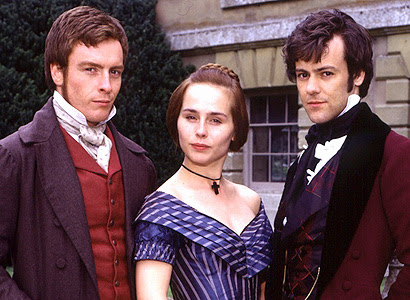 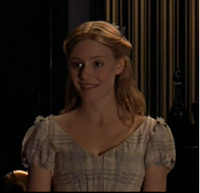 Kate Nickleby as played by either Sophia Myles or Romola Garai;

10. When you watch period dramas, what is it that you pay the closest attention to (ie. costuming, scenery, etc.)?
Really, I pay the most attention to the story and the characterization and whichever love story is more star-crossed and angsty.  Like, there are lots of things to frown on in Lost in Austen, but the deliciousness of Bingley and Jane's troubles makes me like it anyway.  Costuming comes second (but before everything else except casting).