The Place of Fabrics: Cotton

For the most part, descriptions of cotton clothing before the 1720s are in the context of travels to Asia and Africa.  I was a little surprised to find that cotton was relatively common as a fine fabric from the 1720s, and something that poorer women could purchase second-hand.  It became an affordable kerchief fabric by the 1740s, and the practice of wearing a light muslin gown over a colored silk petticoat can be documented by the late 1750s.


In Daniel Defoe's postscript to Servitude: A Poem (Robert Dodsley, 1729), he defends the wearing of fine clothes by the less-than-wealthy. 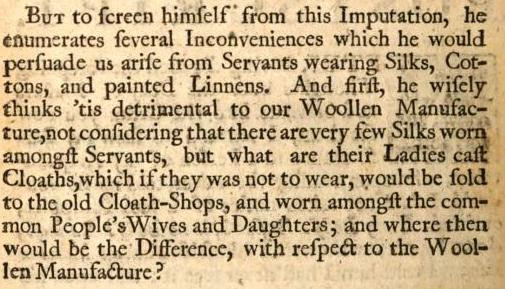 Charles Coffey's Lady Loverule (of "The Devil to Pay, or, The Wives Metamorphos'd," orig. pub. 1731, in Bell's British Theatre) wakes up to find herself in strange, poor surroundings.

NB: a "mawkin" is a slovenly woman, and I cannot find a definition for "hawkin".

In Samuel Richardson's Pamela: or, Virtue Rewarded (1740), cotton comes up a few times.  In one mention, Pamela is writing to her parents in dismay that she cannot return home in the clothing she has been given by Mr. B without arousing comment.

In another, she is describing what she will take home with her.

In another, she is dressing down to show the other servants what she will wear at home. 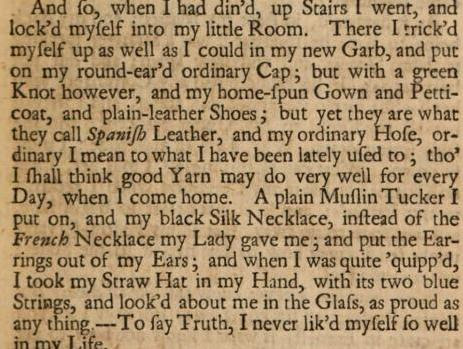 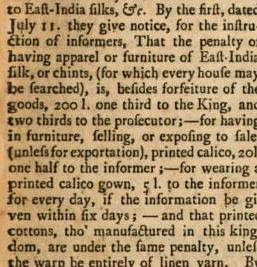 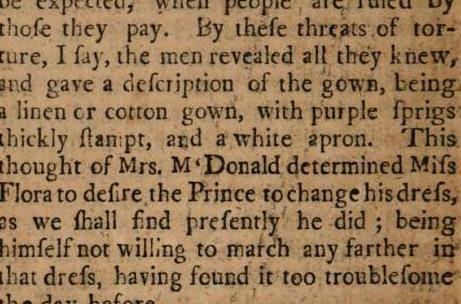 At the trial of two men for murder in 1751 (The Tyburn Chronicle), mention is made of an episode with a woman.

In a letter to The Scots Magazine (1760), a gentleman advocates an increase in production of purple dye. 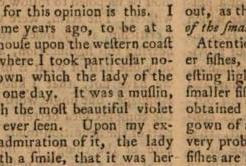 Miss Townsend relates the trials she endured while traveling in The Spiritual Quixote (Richard Graves, 1773).

Also in that book, a traveller believes that he has found the landlady in his bed at an inn. 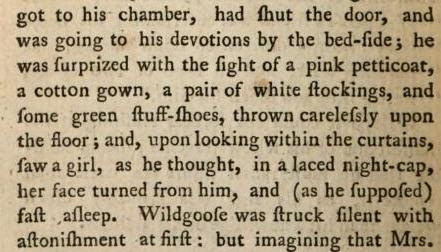 A story in The Weekly Miscellany (1776) describes a woman's disastrous run-in with her husband's large dogs, to which he says, "'Love me, love my dog,' you know."

In Julia de Roubigné (Henry Mackenzie, 1777), a maid writes about her mistress's wedding to a friend or relation of her mistress. 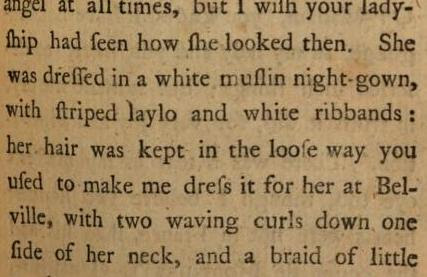 
Two juxtaposed dress descriptions in an installment of "The Matron" (The Lady's Companion, Mrs. Grey, 1778) show that even two muslin gowns could be of different levels of fineness and appropriateness. 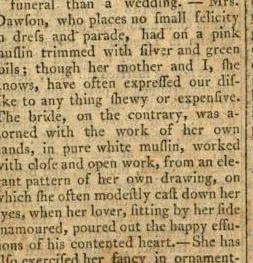 In the list of costumes for characters in the play, "The Agreeable Surprise" (1781, The Dramatic Works of John O'Keeffe), Cowslip and Laura's clothes are given as follows:

NB: "riding-dress" should not be confused with "riding-habit", which is used in an earlier description.  Cowslip is a dairymaid and Laura is a young lady.

In the extract from Anna: or the Memoirs of a Welch Heiress (Mrs. Bennett, 1785), Anna gets dressed before meeting a young man. 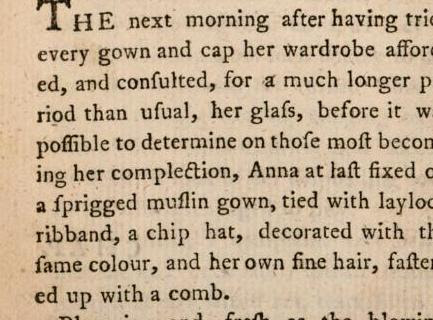 A description of women's dress in "Domestic Intelligence," from The Gentleman's and London Magazine (1788): 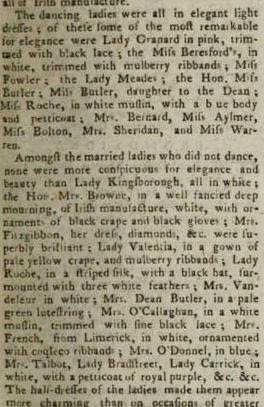 In the death notices in The Scots Magazine (1789), a Mrs. Maxwell is described as having burned to death after a poker fell on her skirts. 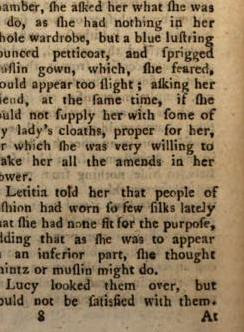 In The School for Widows (1791), a woman explains what she does with some of her inheritance from her father.

The Old Manor House (1793) is considered Charlotte Smith's best novel.  Monimia is the servant of an old woman who tries to keep her in her place.  Here, she prepares for a meeting with the heir of the estate and his sister. 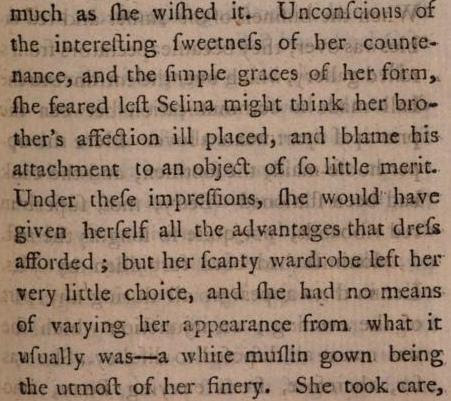 In Jacques-Pierre Brissot de Warville's travel memoir, New Travels in the United States of America (1793), he describes the habits of certain young women. 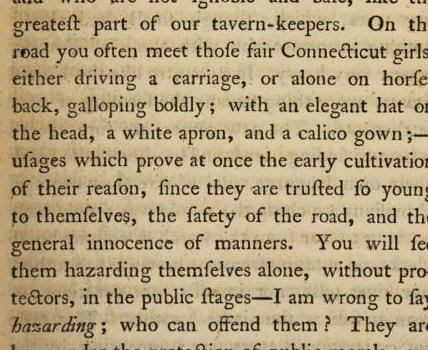 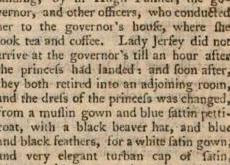 "Dresses for April," from The Lady's Magazine of 1797, contains several descriptions of cotton gowns.

In a chapter titled "Friendly Advice" in The English Peasant Girl (George Etell Sargent, 1799), the author explains that modern servants are better off in terms of "wages' worth" than those of a generation earlier. 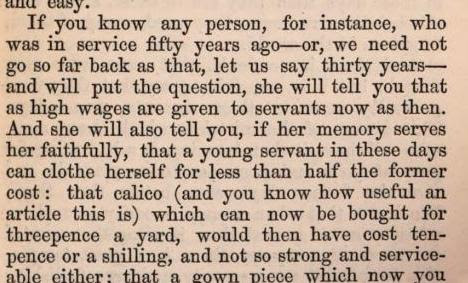 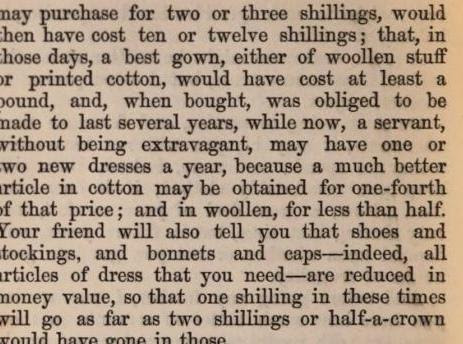