The woman is wearing a gown that is pulled up through the pockets.  The back is pleated en fourreau (at least in the bodice - it may not be the traditional type of pleating), and the sleeves have large turned-up cuffs in the old style (referred to as manches rétroussés here and in another print), with some kind of ruffle peeking out of the top of the cuff.  She is wearing a folded kerchief with a ruffle along the edges, and a ruffle around her neck.

Despite the public outrage over the painting of Marie Antoinette en chemise, chemise gowns commonly appear in the fashion plates after its exhibition.  The woman in this example has a flounce all around the hem of her gown, a large and tapering double ruffle on the neckline, a sash around her waist, and a band holding in the fullness of the sleeves.  She also has a bow at the center of her neckline.  Her chemise gown appears to be open center front. 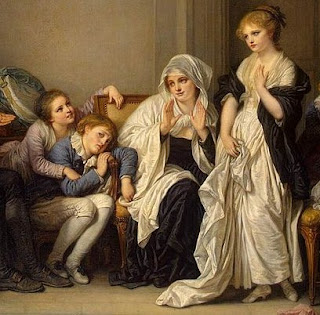 Detail of The Widow and Her Priest, Jean-Baptiste Greuze, 1784; Hermitage Museum

The young woman on the right has sleeves that end above the elbow, but her mother and younger sister both have long sleeves.  The widow's sleeves may have a very small white ruffle, or at least something white can be seen on her left wrist, but the younger girl's sleeves end in a self-fabric ruched cuff.

The student in the foreground has mid-length sleeves that are cut to fit around the elbow; Adélaïde's are slightly longer, but do not seem to be curved.  Both have gowns with closed fronts, over matching petticoats.  The skirt of Adélaïde's gown is lined with a white or grey taffeta; her bodice and sleeves are trimmed with white ribbons and whiteworked gauze.  The foreground student has a double ruffle on her sleeve, only decorated with the stripe of the hem, the same as her kerchief.  She also has a slightly stiff-looking ruffle on the inside of her neckline, probably sewn to her shift.  Both of the women have gold hoop earrings.  The student in the background may be wearing either a chemise gown or a costume (to pose for a painting?).  The fact that her head is uncovered and her hair is unpowdered suggests the latter. 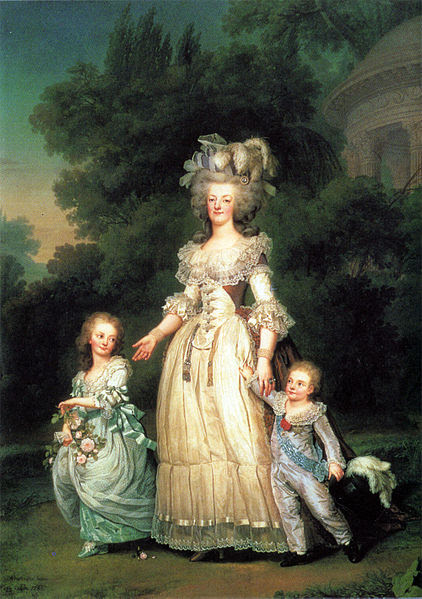 The queen's gown is what is modernly called a zone-front: it has the look of the cutaway polonaise over a stomacher, but is fitted and only one layer.  I'm not sure what it would have been called in period - none of the fashion plates I can find show a gown exactly like this, although the skirt does seem to be rounded, in the shape of what one plate calls "la polonaise détroussé".  There are several "Turkish" elements to the ensemble: tassels, short oversleeves, buttons. 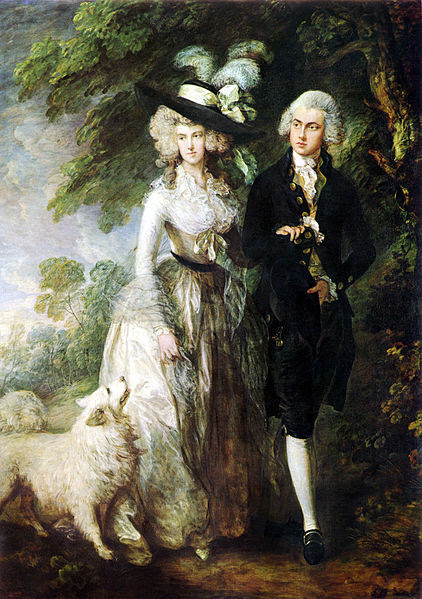 Mrs. Hallett's gown  has a black belt, amadis sleeves with opaque ruffles, and a bow on the neckline.  Her gauzy kerchief is somewhat more like a chemisette, with a built-in collar. 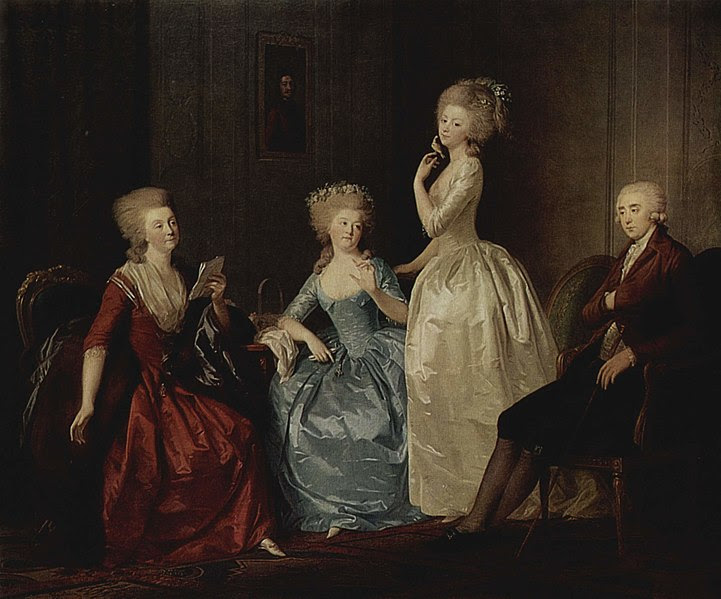 Portrait of the Countess Saltykowa and her Family, Johann Tischbein, 1785; Hermitage Museum

The country woman is wearing a gown with sleeves above the elbow and no cuffs.  The gown closes with a tie at the neckline, similar to earlier riding habits and polonaises, and cuts away across the petticoat.  Her shoes seem to be fastened with ties rather than buckles. 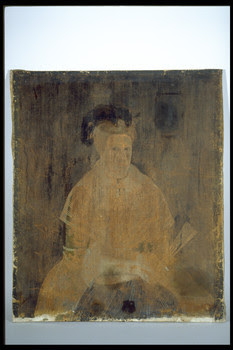 Mrs. French's gown is difficult to make out due to the fading of the paint, but her cuffs can be seen.  They appear to be turned-up in the old style, but slightly lower down, in the new, with new-style ruffles.  Her petticoat does not match her gown in color.

The lady's gown is plain, with long amadis sleeves and a large bow on the front of her neckline.  She is wearing a plain kerchief beneath a frilled, shaped kerchief, possibly called a "chemise tippet," similar to that shown in this fashion plate of the same year.

The old woman in this print is wearing a jacket with somewhat long skirts, and sleeves that go past the elbow and are turned up. 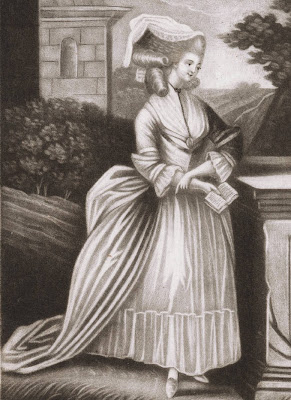 The lady is wearing a closed-front gown with a train and a brooch at the neckline.  There is also some kind of ribbon across her bodice.  Her sleeves have large cuffs, trimmed with a band that also trims the upper arm.  Her hairstyle, cap, and necklace seem rather old-fashioned for the gown: it's possible that the artist was making a point about women who lived in the country, or perhaps he was simply unaware of certain points of fashion. 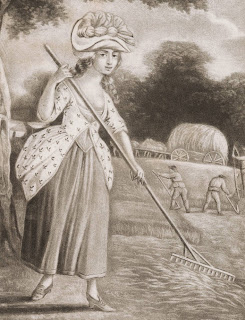 Like the young woman taking a nap in the country, this one is wearing a stomacher and a polonaise-cut gown (though her skirts may only be pulled up, and not cut in a round shape).  Her sleeves do not seem to be cut to cup the elbow, though they are long enough to reach slightly past it.

The woman is wearing a jacket (called caraco in French - so far, I haven't seen that term used to label any of the 3/4-length gowns called "caracos" in reenactor parlance) with long sleeves that have ruched gauze cuffs.  The skirt of the jacket is decorated with a box-pleated trim, and the hem of the petticoat with four tiered flounces.


One thing that strikes me about both the early and mid-1780s is that bows on the neckline were very popular, hanging on from their position on stomacher-front gowns.  Apart from that, gowns were largely undecorated.  Something that strikes me as interesting about this period is that, due to the large number of design features used since the mid-1770s, poor women actually had quite a variety of stylistic elements to choose from in their dress.  (The polonaise seems to have somewhat lost its upper-class/pretentious connotation by this point.)  They were not all stuck a certain number of years behind the fashion plates - they could become aware of changes in fashion from seeing richer women or prints in shop windows, and they could buy secondhand clothing from a range of years, or sew their own according to their personal tastes or according to what they were seeing.  While fashionable women had to abide by fashion's rules, the poorer women could use fashionable elements or distinctly unfashionable ones, and so would have probably looked more individualistic.
1780s 18th century gown research