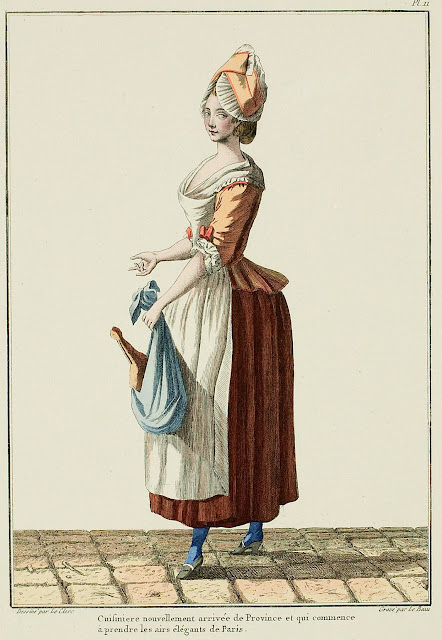 Cook, newly arrived from the Provinces, who is beginning to take on the elegant airs of Paris. (1778)


Cook, newly arrived from the Provinces, and who is beginning to take on the elegant tone of Paris. 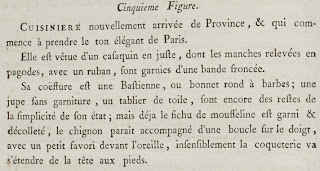 She is dressed in a fitted casaquin* with sleeves pulled up en pagode with a ribbon and trimmed with a gathered band.

Her headdress is a Bastienne, or a round cap with lappets; a petticoat without trim and a linen apron are the remains of her simple state, but already the muslin kerchief is trimmed and open over her chest, and the chignon seems to be accompanied by a finger curl, with a little favori before the ear.  Coquetry gradually expands over her from head to toe.

* Defined as a "short coat"; given the context of later plates, I believe a casaquin is a fitted jacket and a caraco is not very fitted - at this point in time. 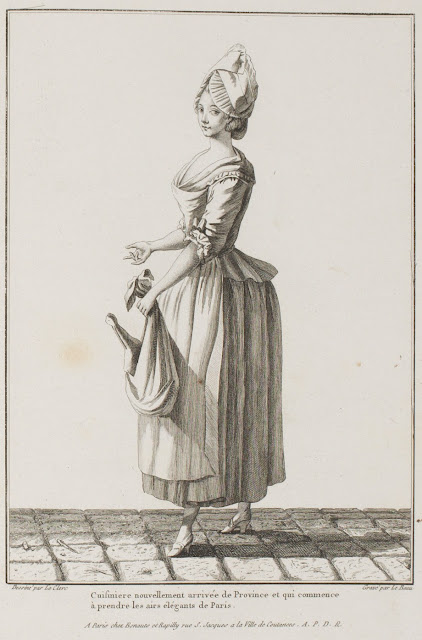