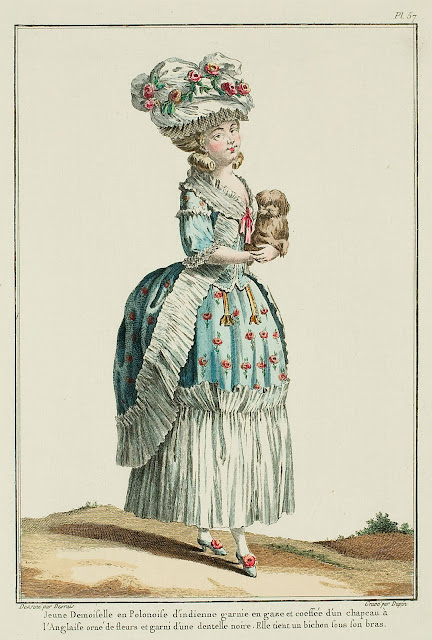 Young Lady in a Polonaise of indienne, trimmed with gauze, and coiffed with an English hat trimmed with flowers and a black lace.  She holds a bichon under her arm. (1778) 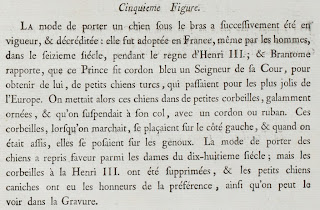 The fashion of carrying a dog under the arm has repeatedly been in effect and then discredited: it was adopted in France, even by men, in the sixteenth century, during the reign of Henri III; Brantome* reported that this Prince gave a Seigneur of the Court the Order of the Holy Spirit for getting him little Turkish dogs which were considered as the prettiest in Europe.  They were put then in little baskets, gallantly decorated, which one suspended from the collar with a cord or ribbon.  These baskets were placed on the left arm for walking, and when one was seated, they were put on one's knee.  The fashion of carrying dogs came back to favor among ladies of the eighteenth century, but the baskets of Henri III's era were supplanted, and little lapdogs had the honor of preference, like the one that can be seen in the Print. 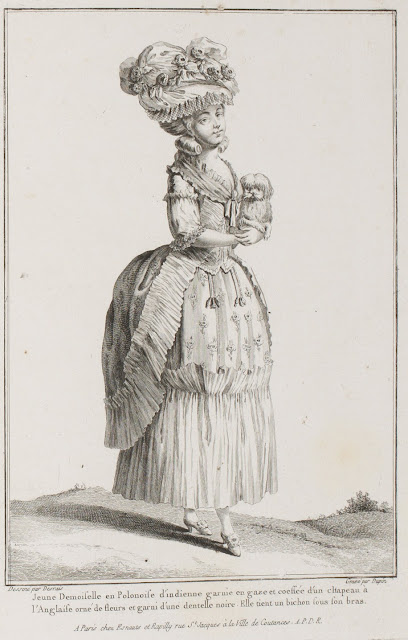