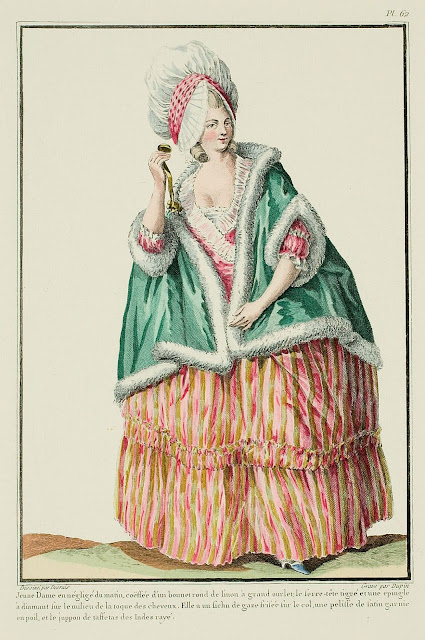 Young Woman in morning negligée, coiffed with a round linen cap with a large hem; the streaked headband and a diamond pin on the middle of the toque of the hair.  She has a frilled gauze fichu on her collar, a satin pelisse trimmed with fur, and the petticoat of striped Indian taffeta. (1779)

Deshabillé, disguised with a satin pelisse trimmed with fur.  it consists of a simple camisole with sabot cuffs, which crosses without pretension over the chest, and a matching petticoat trimmed with a vast volant of gauze, headed with a bouillonné band.  Pretty repeating watch with seconds, ornamented with brillants, as useful in the night as in the day.*

* I don't know if this is a reference to sundials being useless at night, or it being suitable for day and evening wear. 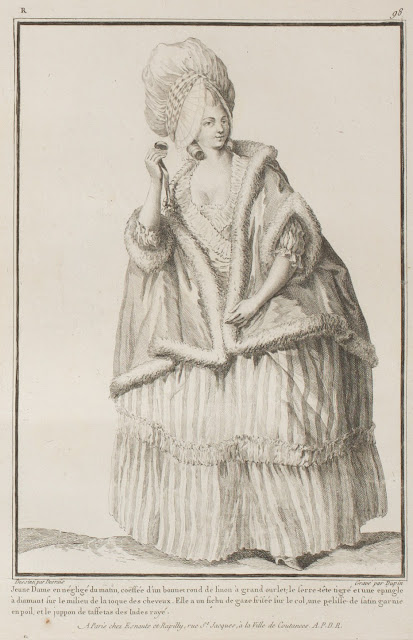