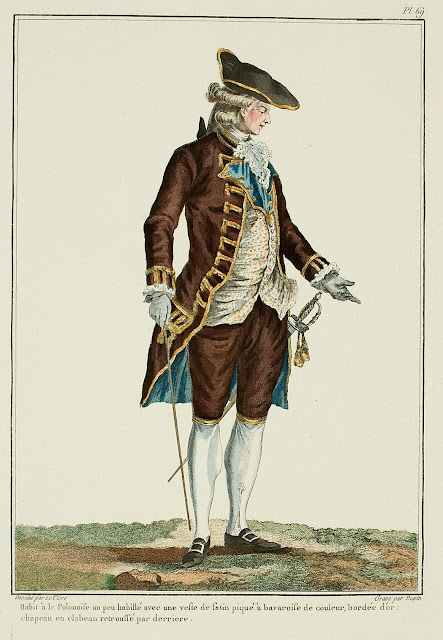 Polonaise suit, a little dressed-up with a satin piqué vest with colored bavaroises, bordered with gold; keystone hat folded up in the back. (1779)

Reform Overcoat, or négligé Overcoat, edged en système with braid, with buttons and buttonholes of gold, ending in loops; sleeves with boot parements, held up with three functional buttonholes.  Vest with angular revers, of the color of the lining of the Overcoat, and allowing the lace of the jabot to be entirely free.  Hat à la Valaque,* edged en système.

While this Suit had appeared under the modest title of "Négligé", it took favor among the brilliant Youth, and was well received by all where its partisans wanted to introduce it.

* Wallachia, a region of Romania.  At the time the print was made, the region was under Russian control, but in a decade it would be invaded by the Hapsburgs. 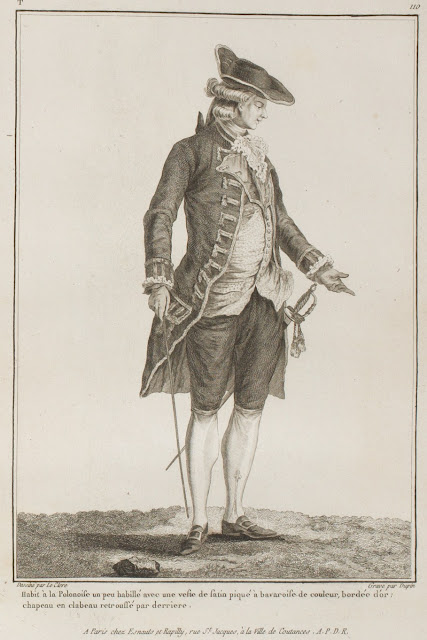