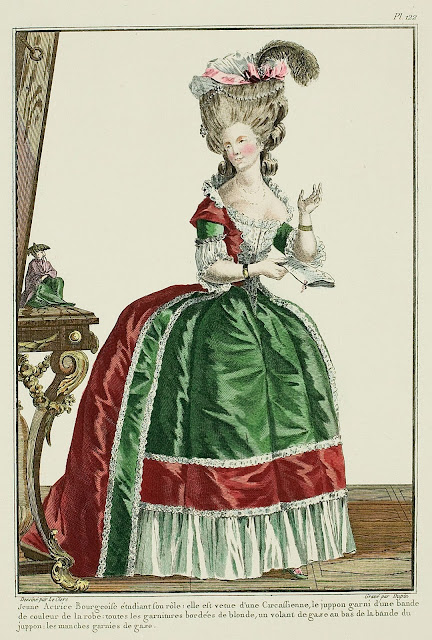 Young Bourgeois Actress studying her role; she is dressed in a Circassienne, the petticoat trimmed with a band in the color of the gown: all the trims are bordered with a blonde lace, a volant of gauze at the bottom of the band on the petticoat: the sleeves trimmed with gauze. (1780)

CIRCASSIENNE FRANÇAISE, thus called because it is hanging and trained like the Robes Françaises. 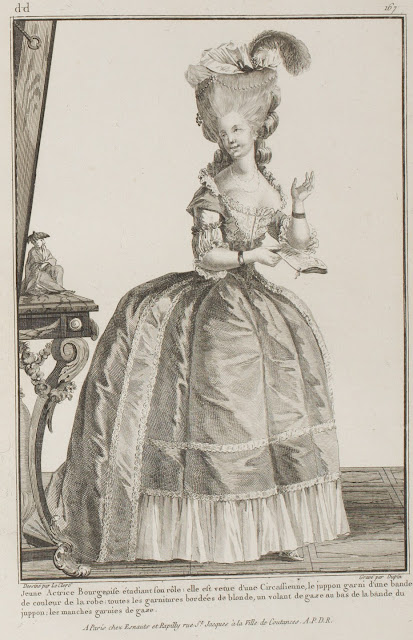