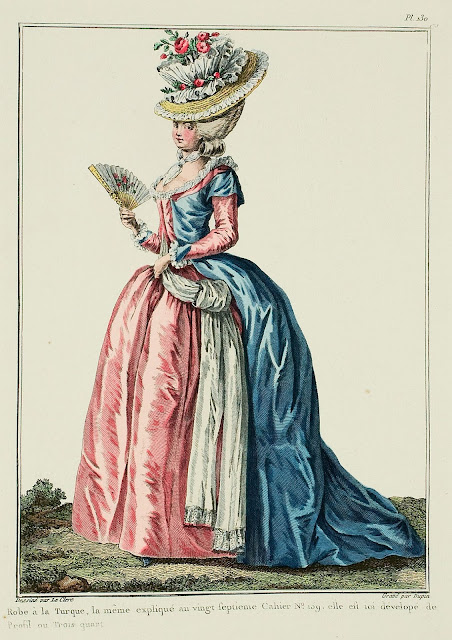 Robe à la Turque, the same explained in the twenty-seventh Book p. 159; it is here shown in profile or three-quarter view. (1780) 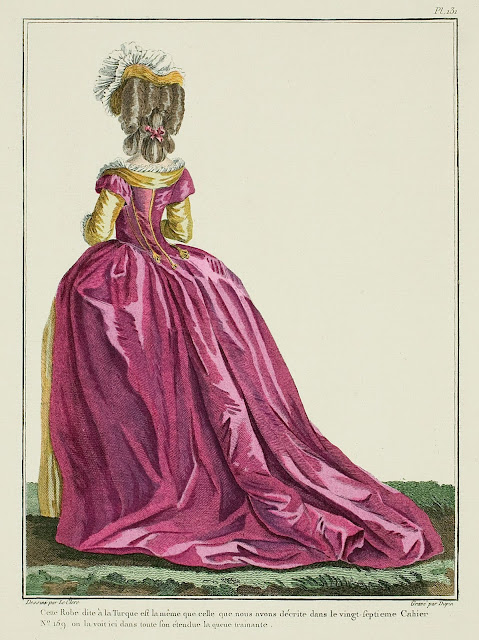 This Gown, called à la Turque, is the same which was described in the twenty-seventh Book, p. 159; it is seen here in all its length, the tail training. (1780) 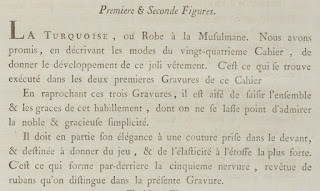 The Turquoise, or Robe à la Musulmane.  We have pledged, in describing the fashions of the twenty-fourth Book, to give the view of this pretty dress.  It is that which is found executed in the first two Prints of this Book.

In bringing together these three Prints, it is easy to understand the whole an the graces of this dress, whose noble and graceful simplicity one never tires of admiring.

It owes its elegance in part to a seam taken in the front, and intended to give play and elasticity to the strongest fabric.  It is that which forms in back the fifth nervure, covered by ribbons which one sees in the present Print. 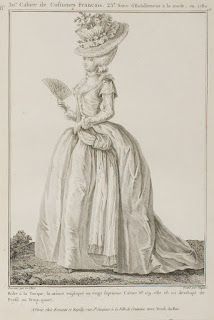 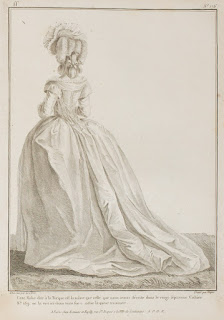