May 14, 2013
So, I spent the past week engaged in making a Regency day dress for myself.  Fastest thing I've ever fully put together!  Albany's TulipFest is not really intended as a costumed event, but the Empire State Costumers (join us!) can turn any party into a dress-up party.

(I'm the second from the right.)

To start, I used the pattern I took from an evening dress in the Albany Institute's collection (combined with some Janet Arnold sleeves) and striped cotton from Renaissance Fabrics.  As usual with extant pieces, I am not quite as dainty, so I knew I would have to enlarge it.  Unfortunately, I chose to widen it from the center front, which made the straps set at the wrong angle and there were just all sorts of issues.  Think I'll definitely take another go at it, raising the waistline and fitting it better, but for now I need to move on.

Next up: I'll be doing a talk at Clermont on women's fashion in the 1920s in June, and I would really like to be dressed up for that.  My dilemma is that I can't tell if it'd be better to do a very plain ca. 1923 day dress, long and straight, with a pattern in my size - or to shatter expectations with what fashion/pattern magazines would refer to as "an afternoon dress with a bouffant skirt".  The bouffant dress would probably be more flattering to me than the straight one, but I'm concerned that it would go beyond "whoa, I didn't think the 1920s included things like that!" to "why is she wearing a '50s cocktail dress?" to an audience.  Thoughts? 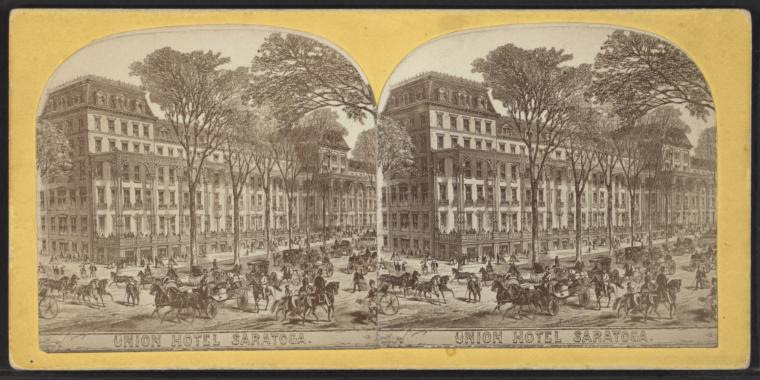 After that on the list: this year is the Saratoga Racetrack's 150th anniversary.  There are several military reenactment events on the official calendar, and maybe I'll visit them, but I think it would be lovely to
have an 1873 picnic at some point.  I do have a couple of 1860s patterns of my own, but nothing this late, so I'll likely use the ca. 1871 Janet Arnold pattern with the day bodice (probably including the neckline fill-in because I always seem to have a very hard time keeping chemises from showing there).  I'd love to make it out of lawn, along these lines. Of course, what does this mean?  NEW UNDERGARMENTS NEEDED.  I am a big fan of corsetry for its controversy and aesthetic appeal, but I have to admit that I really, really dislike sewing it.  Fitting is not my specialty, and in a corset the fit is the most important aspect.  I also have a bad track record for finishing corsets, although in this case the lack of straps and gussets means there is a better chance that I could Do This and move on to the bustle.
1820s 1920s photos thoughts to-do list