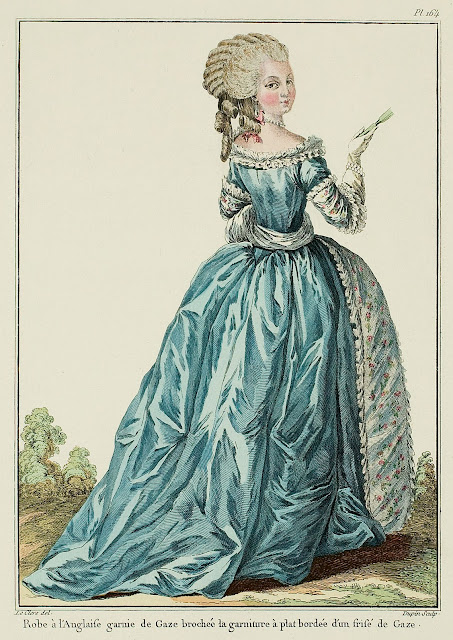 Robe à l'Anglaise trimmed with brocaded Gauze; the trimming is flat, edged with a Gauze frill. (1782) 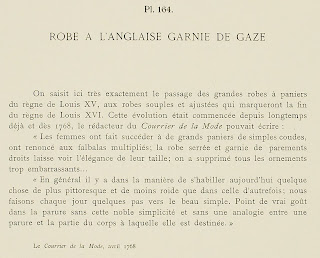 "Women have succeeded from the grand paniers to simple elbows[?]*, have renounced multiple flounces; the tight gown trimmed with straight parements showing the elegance of their waist; all the too-awkward ornaments ...

"In general, there is in the manner of dressing today something more picturesque and less stiff than in that of other times; we make each day some steps toward beautiful simplicity.  No true taste in the parure without this noble simplicity and without an analogy between a parure and the part of the body to which it is destined."