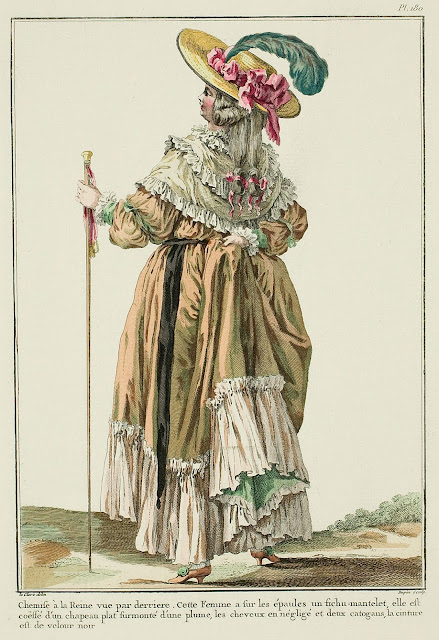 Chemise à la Reine seen from the back.  This Woman has a fichu-mantelet over her shoulders, she is coiffed in a flat hat surmounted by a plume, the hair en négligé and with two cadogans, the belt is of black velvet. (1784) 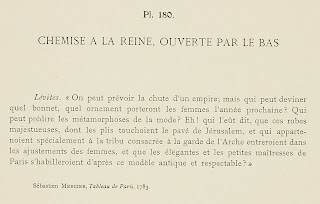 Lévites.  "One can predict the downfall of an empire, but who can divine which cap, which ornament women will wear next year?  Who can predict the metamorphoses of fashion?  Ah! who said it, that these majestic gowns, whose folds touched the cobbles of Jerusalem, and which belong specially to the tribe consecrated to the custody of the Arch, entered women's dress, and that the elegant ladies and the petites maîtresses of Paris wore in imitation of the antique and respectable design?"