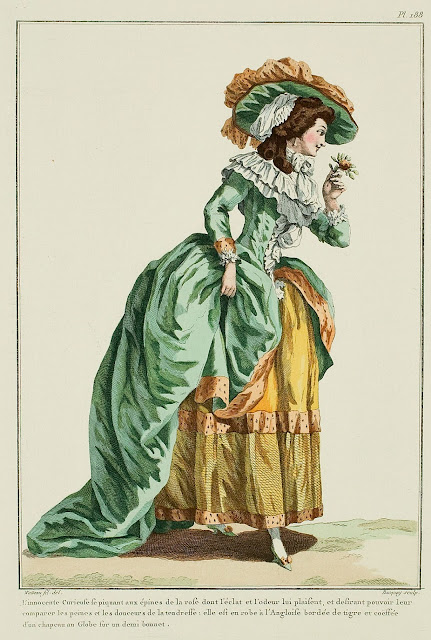 The innocent Curious woman, pricking herself on the thorns of a rose whose brilliance and scent please her, and desiring to be able to compare the pains and sweetness of tenderness: she is in a robe à l'Anglaise edged with a streaked ribbon and coiffed with a Globe hat over a demi-cap. (1784) 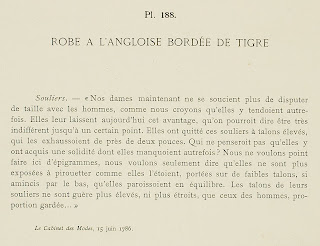 Shoes. - "Our ladies now no longer care to compete in size with men, as we believe that they tended to before.  They leave them today this advantage, that one could say is very indifferent up to a certain point.  They have quitted the shoes with raised heels, which lowers them by nearly two inches.  Who didn't think that they acquired it as a strength which they otherwise lacked?  We do not want to make epigrams here, we only want to say that that are no longer exposed by spinning as they were, wearing heels which are weak if narrowed at the bottom, that they appear balanced.  The heels of their shoes are hardly more raised, nor narrowed, than those of men, proportionately ..."