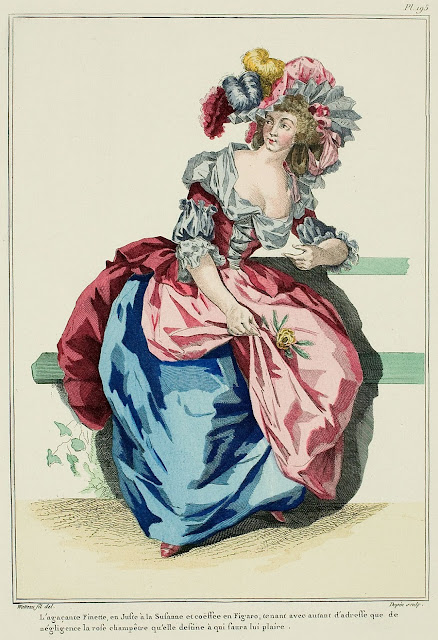 The tiresome Finette, in a Juste à la Suzanne and coiffed en Figaro, holding with as much skill as negligence a country rose which is intended to please her. (1784) 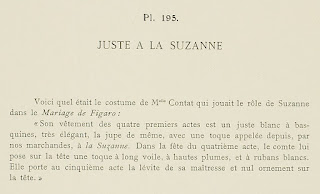 Here is the costume of Mlle Contat who played the role of Suzanne in the Marriage of Figaro:

"Her dress for the first four acts is a white juste with basquines,* very elegant, the petticoat of the same, with a toque called, ever since, à la Suzanne.  In the party of the fourth act, the count puts on her head a toque with a long veil, with high plumes, and white ribbons.  She wears in the fifth act her mistress's lévite and no ornament on her head."