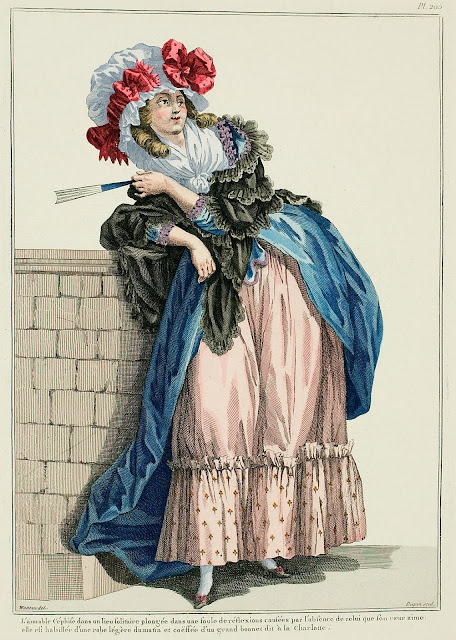 The amiable Céphise in a solitary place plunged in a crowd of reflections caused by the absence of that which her heart loved: she is dressed in a light morning gown and coiffed with a large cap called à la Charlotte.* (1785) 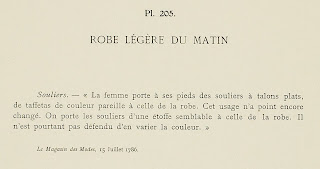 Shoes. - "The woman wears on her feet shoes with flat heels, of taffeta in a color matching the gown.  This practice is still not changed.  One wears shoes of a stuff similar to that of the gown.  It is not however forbidden to vary the color."

* It is interesting to compare the Charlotte cap with the Charlotte hat - both have enormous puffed crowns.  It could possibly be named for Queen Charlotte (1744-1818), although there is no connection that I can see; because of the puffiness I would have also suggested the type of dessert, but it was not invented until the 19th century.
1780s 18th century Galerie des Modes