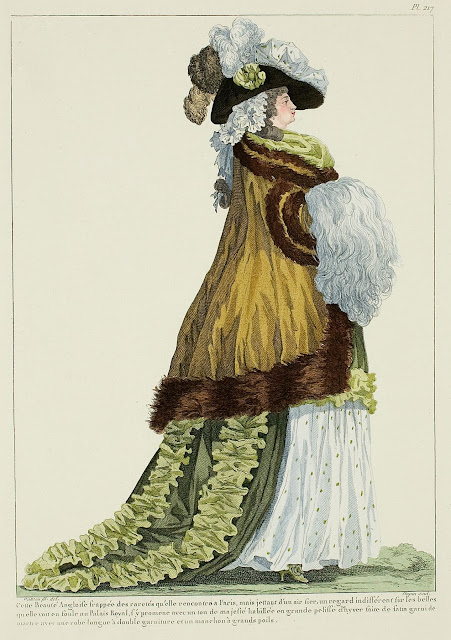 This English Beauty chilled by the poverty that she meets in Paris, but throwing a proud air, an indifferent regard over the beauties she sees in droves at the Palais Royal, walks with a tone of majesty dressed in a large winter pelisse made of satin trimmed with sable with a long gown with double trims and a long-haired muff. (1785) 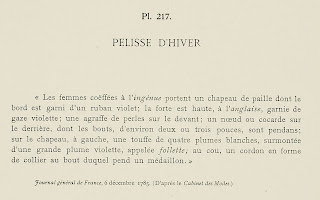 "Women coiffed à l'ingénue wear a straw hat whose edge is trimmed with a violet ribbon; the crown is high, à l'anglaise, trimmed with violet gauze; a pearl pin in the front; a bow or cockade on the back, whose ends, about two or three inches long, are hanging; on the hat, on the left side, a cluster of four white plumes, surmounted by a large violet plume, called a follette; on the neck, a cord in the form of a necklace at the end of which hangs a medallion."