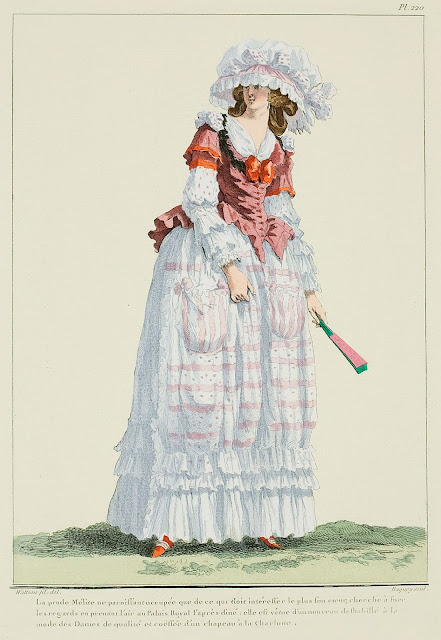 The prudish Mélite, only seeming occupied with what must interest her heart the most, seeks to fix her regards in taking the air at the Palais Royal after dinner: she is dressed in a new déshabillé in the fashion of the Ladies of quality and coiffed with a hat à la Charlotte. (1785) 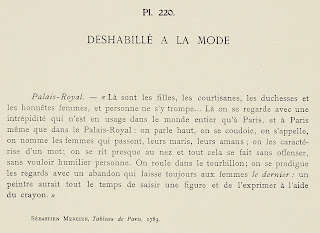 Palais Royal. - "There are the girls, the courtesans, the duchesses and honest women, and nobody is fooled ... There one looks with an intrepidity which is only practiced by everyone in Paris, and in Paris even in the Palais Royal: one speaks up, one rubs elbows, one calls, one names the women who pass, their husbands, their lovers; they are characterized in a word; one almost laughs in one's nose and all that is made without offending, without wanting to humiliate anyone.  One rolls in the maelstrom; one lavishes looks with an abandon that always leaves women the latter; a painter would have all the time to capture a face and express it with the aid of a pencil."