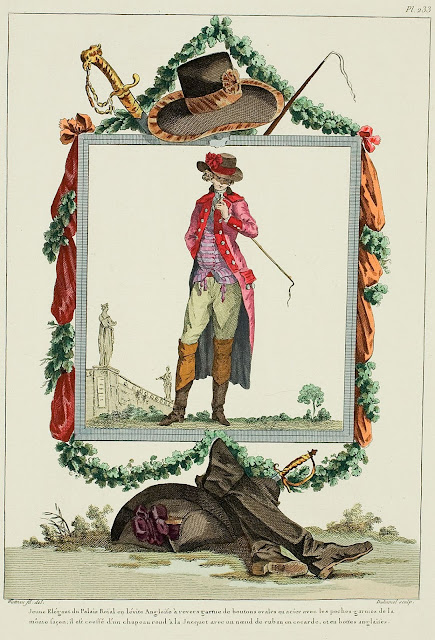 Young Elégant of the Palais Royal in a Levite Anglaise with revers trimmed with oval steel buttons and with pockets trimmed in the same fashion; he is coiffed with a round hat à la Jacquet* with a ribbon cockade, and English boots. (1786) 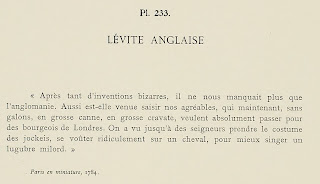 "After so many bizarre inventions, we only lacked for Anglomania.  Thus it came to seize our agreeable people, who now, without wide braids, with large canes, with large cravats, want absolutely to pass as bourgeois Londoners.  One has seen even lords take the costume of jockeys, slouching ridiculously on a horse, to better mimic a lugubrious milord."

* A jacquet is a pilgrim on the Way of St. James of Compostela.