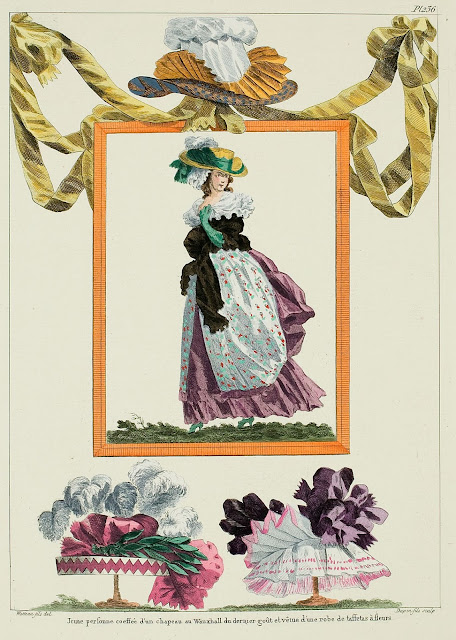 Young person coiffed with a hat au Vauxhall in the latest taste and dressed in a flowered taffeta gown. (1786) 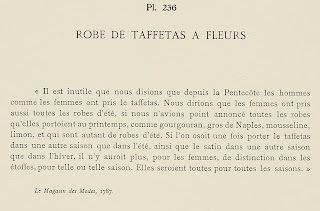 "It is unnecessary for us to say that since Pentecost men, like women, have worn taffeta.  We would say that women have also taken on summer gowns, if we hadn't announced all the gowns that they wore in the spring, like gourgouran, gros de Naples, muslin, linen, and which are also summer gowns.  If one once dared to wear taffeta in another season than summer, or satin in another season than winter, there would no longer be, for women, distinction in fabric for this or that season.  They would all be for all seasons."