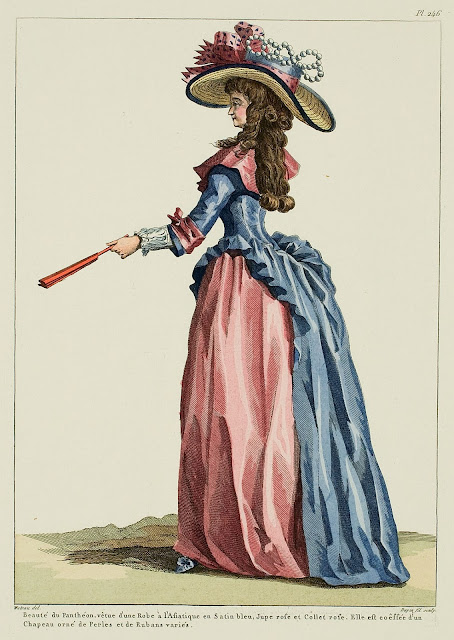 Beauty of the Pantheon, dressed in a Robe à l'Asiatique in blue Satin, pink Petticoat and pink Collar.  She is coiffed with a Hat trimmed with Pearls and varied Ribbons. (1787) 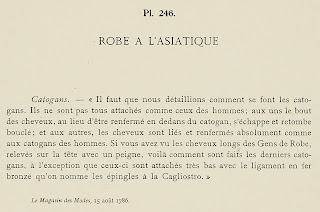 Cadogans. - "It is necessary that we detail how cadogans are made.  They are not all tied like those of men; at one end of the hair, instead of being contained within the cadogan, it escapes and falls in curls; and at the other, the hair is tied and contained absolutely like men's cadogans.  If you have seen the long hair of the People of the Robe,* pulled up on the head with a comb, that is how the newer cadogans are made, with the exception of those that are caught at the bottom with a bronzed iron ligament that is called a pin à la Cagliostro.**

* The Nobles of the Robe, the Second Estate, untitled aristocrats who inherited judicial or administrative positions through ancestral lines.
** See Book 45, Figure 1.