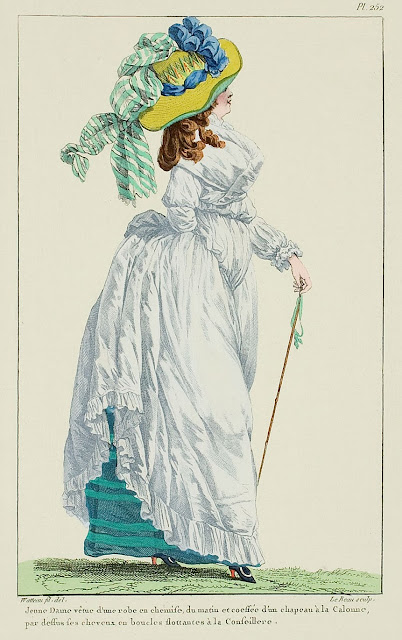 Young Lady dressed in a morning chemise gown and coiffed with a hat à la Calonne,* over her hair in hanging curls à la Conseillère.** (1787) 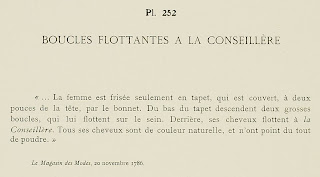 " ... The woman's hair is curled only on the toupet, which is covered, to two inches from the head, by the cap.  At the bottom of the toupet descend two large curls which hang on the breast.  Behind, her hair hangs à la Conseillère.  All her hair is of its natural color, and has no powder at all."

* Charles Alexandre de Calonne (1734-1802), Controller-General of France from 1783 to 1787.  He was initially very popular when he proposed extensive financial reforms, but was later unfairly blamed for the crown's debt and dismissed.
** "counselor", which may refer to Calonne as well - compare to his portrait