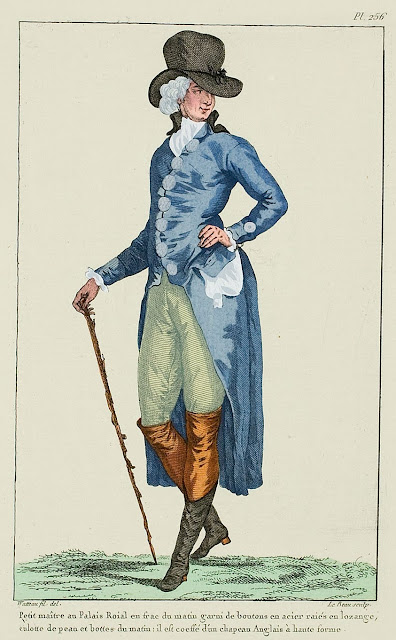 Petit Maître at the Palais Royal in a morning frock coat trimmed with striped, lozenge-shaped steel buttons, leather breeches and morning boots: he is coiffed with an English hat with a high crown. (1787) 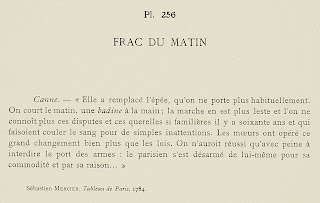 Cane. - "It has replaced the sword, which is not longer habitually worn.  One runs through the morning, a badine in the hand; walking with it is more agile and one no longer sees these so familiar disputes and quarrels from sixty years ago and which were making blood flow for simple carelessness.  Mores have worked this grand change despite the law.  One only succeeded in banning the wearing of arms with difficulty: the Parisian man disarmed himself for his convenience and by his reason ..."