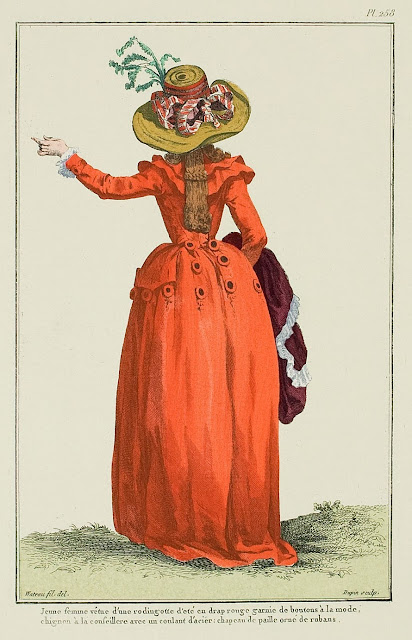 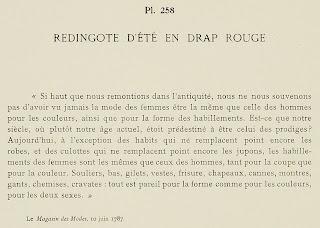 "As far as we've looked into antiquity, we cannot remember having ever seen women's fashion being the same as men's in color, as well as the form of their dress.  Is it that our century, or rather our actual era, was predestined to be one of miracles?  Today, except the coats which still do not replace gowns, and the breeches which still do not replace petticoats, women's dress is the same as men's, both in cutting and color.  Shoes, stockings, gilets, vests, frisure, hats, canes, watches, gloves, shirts, cravats: everything matches in shape as in colors for the two sexes."

* According to French Wiktionary, a coulant is an iron ring which forms a pincer