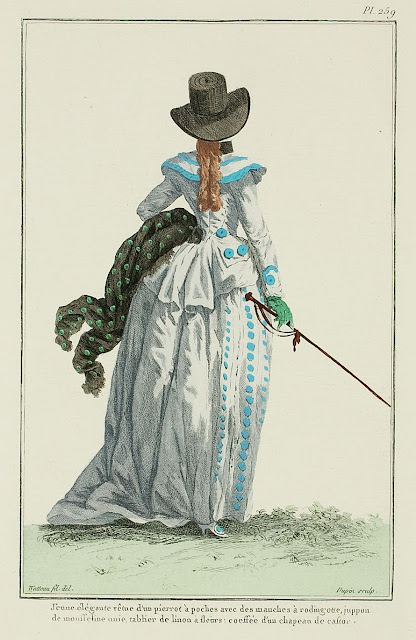 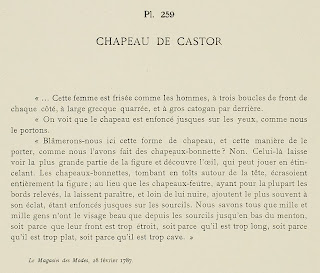 "... This woman is frisé like men, with three curls on the forehead at each side, a broad, squared grecque, and a large cadogan in the back.

"One sees that the hat is bent over the eyes, the way that we wear it.

"Do we blame ourselves here for this hat form, and this manner of wearing it, as we have done for the chapeau-bonnette?  No.  That allows the greatest part of the face to be seen and uncovers the eye, which can play at sparkling.  The chapeau-bonnettes, falling en toîts* around the head, entirely overwhelming the face:  instead the felt hats, having for the most part turned-up brims, allow it to be seen, and far from damaging it, add most frequently to its éclat, being bent until over the eyebrows.  We all know that a thousand and thousand people only have a handsome face from the eyebrows to the bottom of the chin, whether because their foreheads are too narrow, or because they are too long, or because they are too flat, or because they are too sunken."