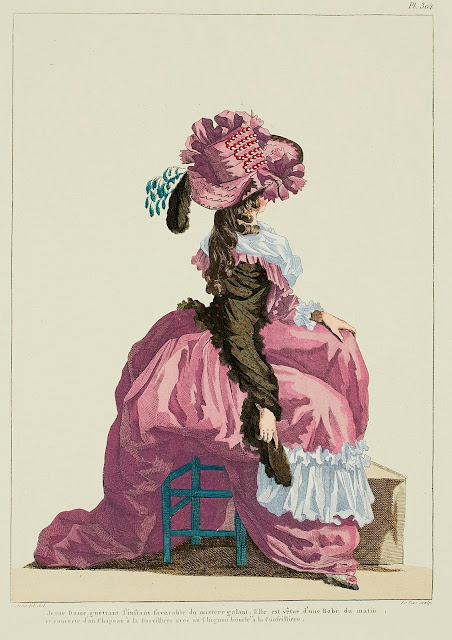 Young Lady watching the favorable child of the galant mystery. She is dressed in a morning Gown, and covered with a Hat à la D'Orvilliers* with a Chignon curled à la Conseilliere. 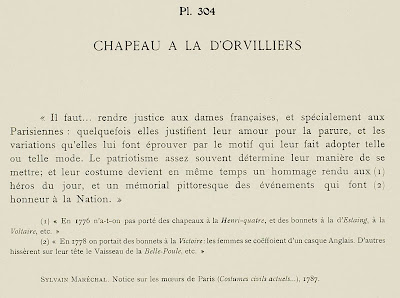 "It is necessary ... to render justice to the French ladies, and especially to the Parisiennes: sometimes they justify their love for the parure, and the variations that they make them undergo from the motive which makes them adopt this or that fashion. Patriotism rather frequently determines their manner of dressing, and their costume becomes at the same time an homage rendered to (1) the heroes of the day, and a picturesque memorial to the events which give (2) honor to the Nation."

(2) "In 1778 caps à la Victoire were worn: women coiffed themselves in English casques. Others hoisted onto their heads the Vessel of the Belle-Poule, etc."