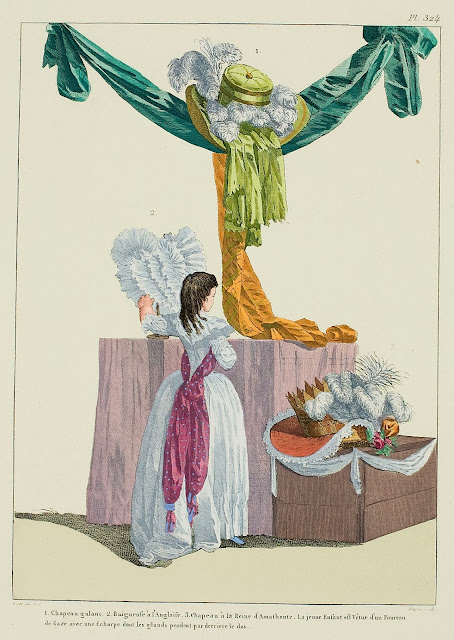 1. Galant hat. 2. Baigneuse à l'Anglaise. 3. Hat à la Reine d'Amathonte.* The young Child is Dressed in a Fourreau of Gauze with a Scarf whose tassels hang behind her back. 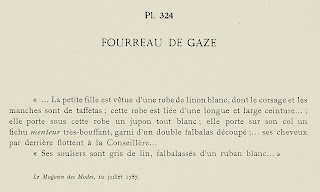 "... The little girl is dressed in a gown of white linen, whose bodice and sleeves are taffeta: this gown is tied with a long and wide belt ...; she wears under this gown an all-white petticoat; she wears on her neck a very puffy menteur kerchief, trimmed with a pinked double flounce; ...her hair hanging à la Conseillère in back ...

"Her shoes are unbleached linen, trimmed with a white ribbon ..."

* "Queen of Amathus", an ancient royal city of Cyprus, which had a cult of Aphrodite. Possibly a references to Scylla et Glaucus, an opera set in Amathus.