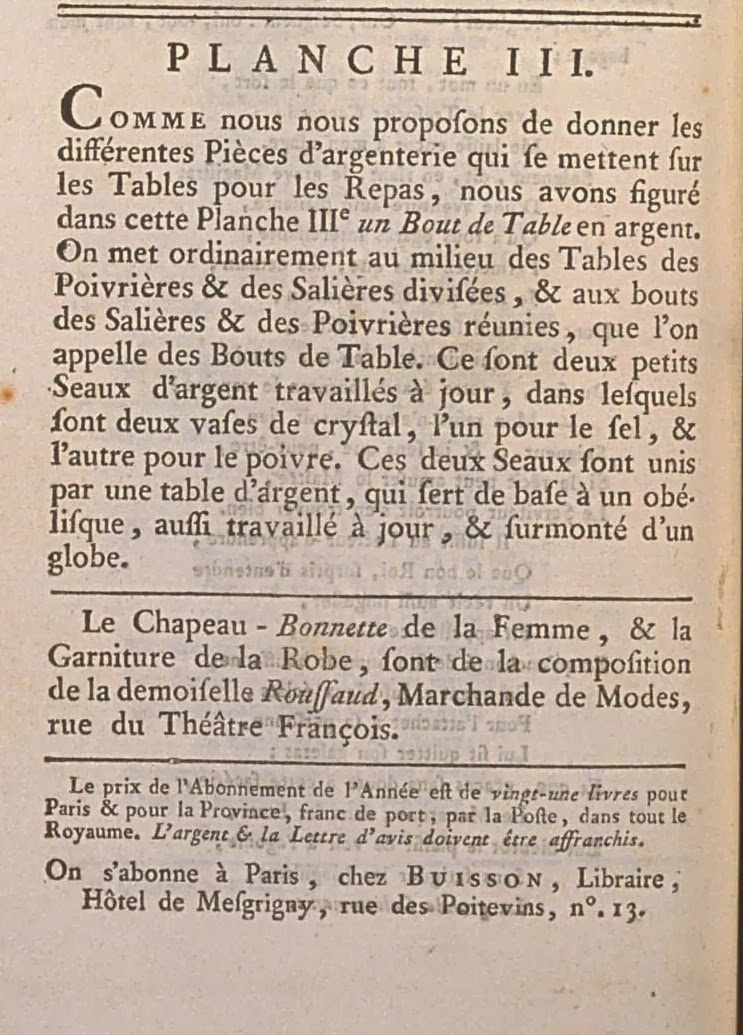 AS we propose to give the different Pieces of silverwork which are put on Tables for Meals, we have shown in this 3rd Plate an End of Table in silver. Ordinarily one puts divided Pepper and Salt Cellars in the middle of Tables, and at the ends united Pepper and Salt Cellars, which are called Ends of Table. These are two little fashionably worked silver Pots, in which are two crystal vases, one for salt, and the other for pepper. These two Pots are united by a silver table, which serves as a base of an obelisk, also fashionably worked, and surmounted by a globe.

The Woman's Chapeau-Bonnette, and the Trimming for the Gown, are the composition of Mlle Roussand, Marchande de Modes, rue de Théâtre François.