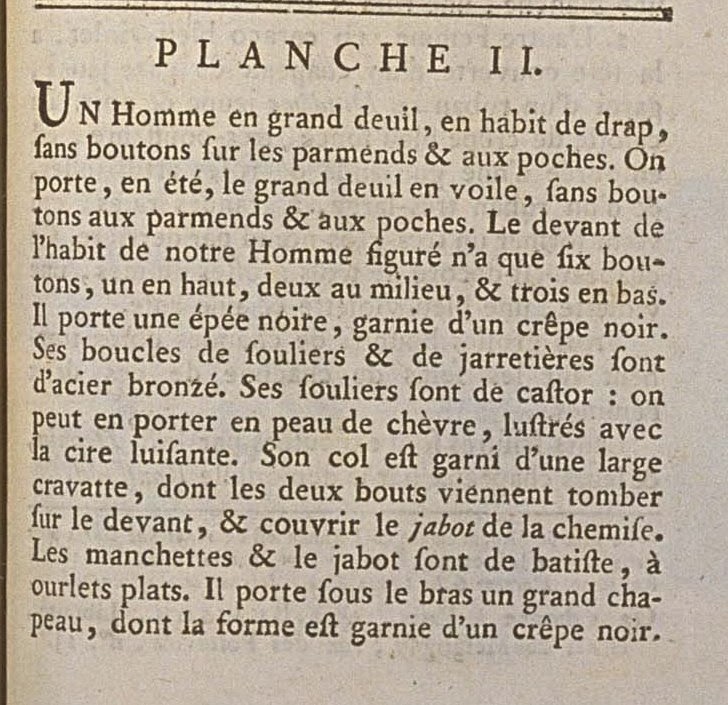 A Man in great mourning, in a wool coat, without buttons on the parements and on the pockets. One wore, in summer, great mourning in voile, without buttons on the parements and pockets. The front of the coat of our drawn Man has only six buttons, one on top, two in the middle, and three at the bottom. He wears a black sword, trimmed with a black crêpe. His shoe buckles and carters are of bronzed steel. His shoes are of beaver: they can be worn of goat skin, lustered with glossy wax. His neck is trimmed with a wide cravat, whose two ends come to fall on the front, and cover the jabot of his shirt. The manchettes and jabot are of batiste, with flat hems. He wears under his arm a large hat, whose crown is trimmed with a black crêpe. His hair, in the back, is enclosed in a large purse. His grecque and his curls are hardly powdered.