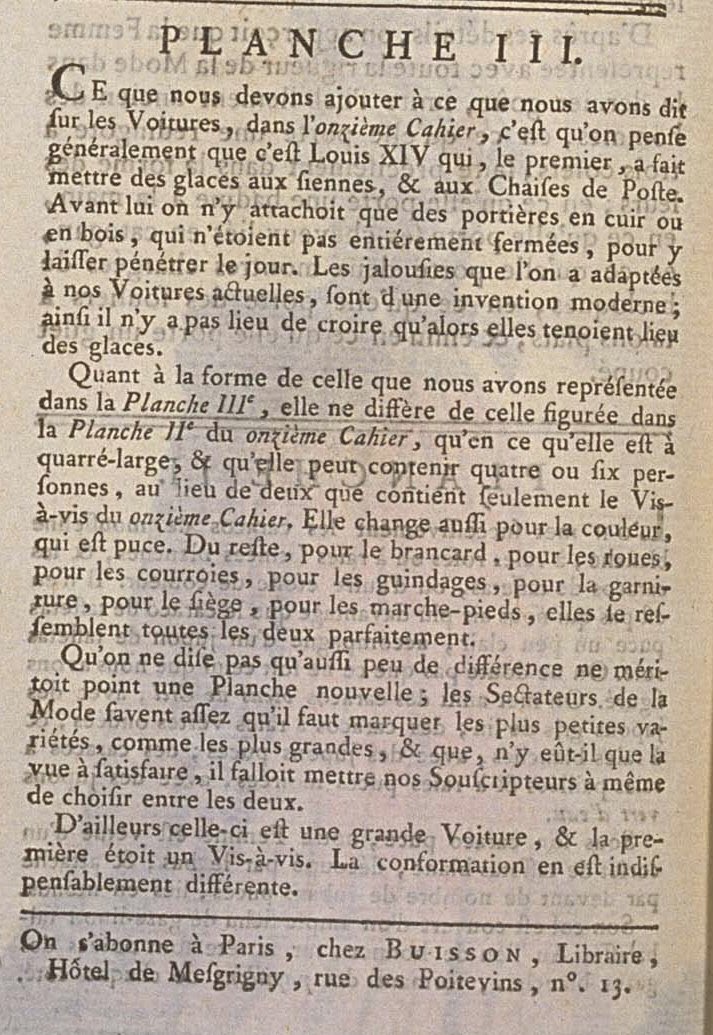 WHAT we should add to what we have said on Coaches, in the eleventh Issue, is that it is generally thought that it is Louis XIV who first put glass in his, and in Post Chaises. Before him only leather or wood doors were used, which were not entirely closed, in order to let the daylight in. The blinds that have been adapted to our current Coaches, are a modern invention; thus there is no reason to believe that they had the place of windows.

Regarding the form of the one represented in the IIIrd Plate, it only differs from that drawn in the IInd Plate of the eleventh Issue, in that it is a broad-square, and that is can hold four or six people, instead of the two that are only held in the Vis-à-vis of the eleventh Issue. It is changed also in the color, which is puce. Of the rest, for the shaft, for the wheels, for the straps, for the springs, for the trimming, for the seat, for the footboards, the two resemble each other perfectly.

It is not said that so little difference doesn't merit a new Plate; the Votaries of Fashion know well enough that it is as necessary to mark the smallest variations as the greatest, and that, was it only that the view to satisfy in that way, it would be necessary to place our Subscribers themselves to choose between the two.

Besides, this is a large Coach, and the first was a Vis-à-vis. The shaping is indispensably different between them.