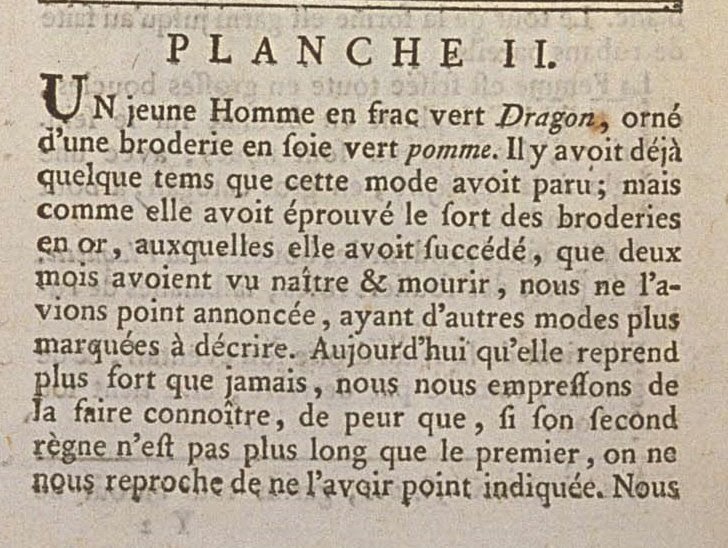 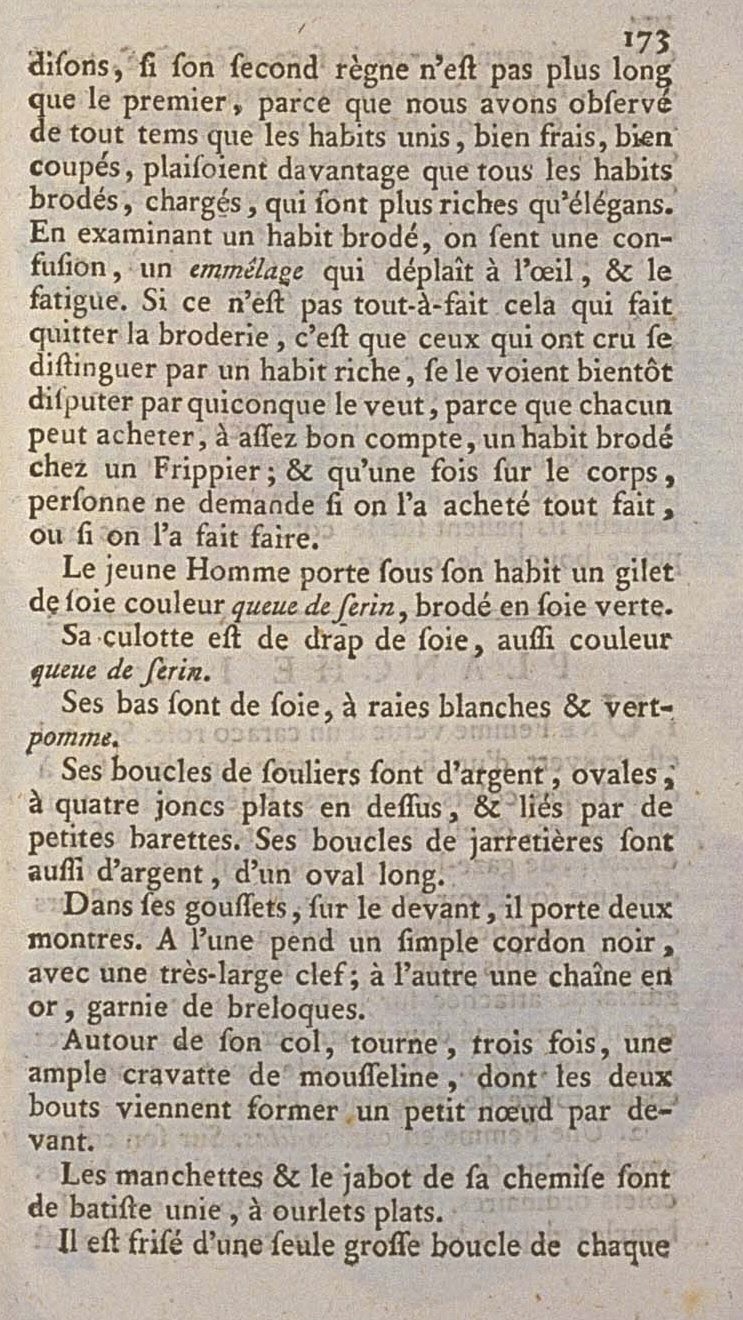 A young Man in a Dragoon green frock coat, decorated with apple green silk embroidery. This fashion appeared some time ago; but as it had experienced the fate of gold embroidery, which it had succeeded, and which two months had seen born and die, we have not announced it, having other, more marked fashions to describe. Today it is resumed more strongly than ever, we hasten to make known, for fear that, if its second reign is not longer than the first, we are not reproached for for not having indicated it. We say, if its second reign is not longer than the first, because we have observed at all times that plain coats, very fresh, very cut, please further than all the embroidered, burdened coats, which are richer than they are elegant. In examining an embroidered coat, one feels confusion, an entanglement which displeases the eye, and fatigue. If it is not absolutely that which made embroidery be abandoned, it is that those who have believed it distinguished a rich coat, saw it soon disputed by anyone who wants, because anyone can buy, for a good price, an embroidered coat from a Frippier;* and that once on the body, nobody asks if it was bought all made, or if you had it made.

The young Man wears under his coat a gilet of canary's tail colored silk, embroidered in green silk.

His stockings are silk, with white and apple-green stripes. 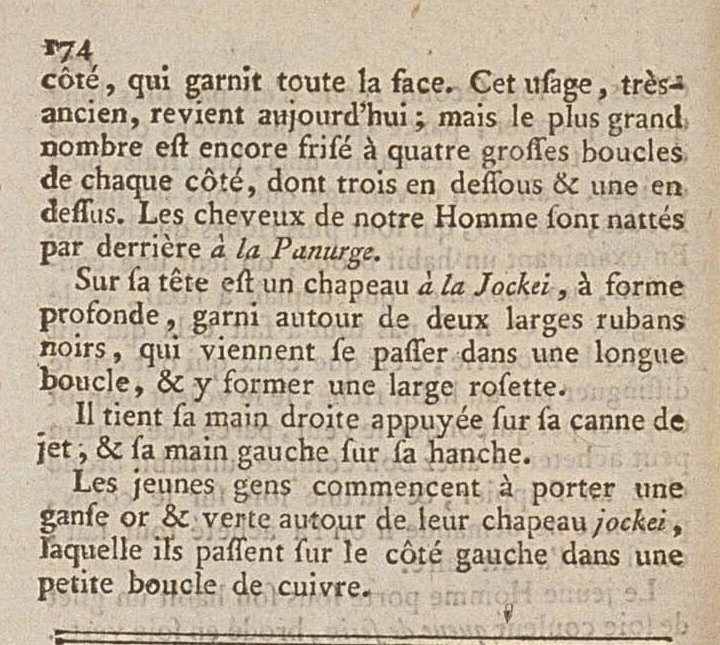 His shoe buckles are silver, oval, with four flat rings on top, and fastened with little bars. His garter buckles are also silver, in a long oval.

In his watch-pockets, in the front, he carries two watches. From one hangs a simple black cord, with a very-large key; from the other a gold chain, decorated with charms.

Around his neck, wrapped, three times, a full cravat of muslin, whose two ends come to form a little knot in front.

The manchettes and the jabot of his shirt are of plain batiste, with flat hems.

His hair is done with a single large curl on each side, which decorates the face. This practice, very-old, has come back today; but the greatest number are still done with four large curls on each side, of which three are below and one is above. The hair of our Man is braided behind à la Panurge.

On his head is a hat à la Jockei, with a deep crown, trimmed around with two wide black ribbons, which pass through a long buckle, and form a large bow in it.

He holds his right hand supported on his jet cane; and his left hand on his hip.

Young men begin to wear a gold and green gance around their jockei hats, which pass on the left side in a little copper buckle.